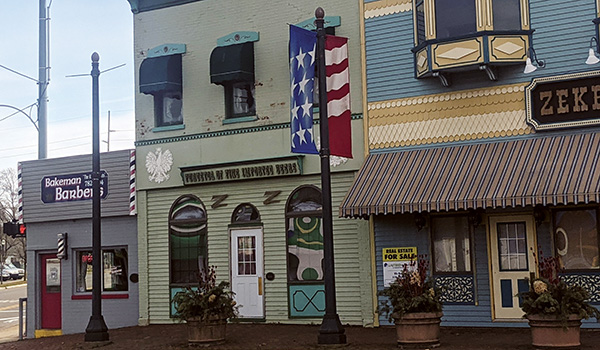 DOWAGIAC — The site of a former downtown Dowagiac restaurant will soon have new ownership.

The cost of the building is $95,000 and will be purchased using cash, so it is not subject to financing. Closing will take place at the end of April.

“I think this is a good business opportunity for the city and for DTG Properties,” said city manager Kevin Anderson. “We’re looking to close as quickly as we can on the property.”

DTG Properties is a family-owned and operated business owned by Greg and Tia Dady. The company currently has properties in Aurora, Illinois, and is looking to expand operations to southwest Michigan where they have a second home. Anderson said they are planning to make improvements to the building with retail on the first floor and residential on the second floor.

According to Anderson, the city has been working with a number of restaurateurs over the past six months towards the redevelopment of the former Zeke’s Restaurant property, which closed last January after more than 30 years of operation.

Each of the potential restaurateurs has shared that the seating capacity is too large and has explored ways to reduce the restaurant’s footprint.

After having these discussions, the city determined that selling the north building next to Bakeman’s Barbers, 101 S. Front St., which previously housed a salad bar, seating and meeting rooms, would be the logical choice to economically and efficiently reduce the restaurant’s footprint.

Anderson believes the purchase of this section of the property will increase the prospects of finding a buyer for the remaining portion of the former restaurant.

“They’ve got a nice vision for the property,” Anderson said. “They are experienced managers, and I think this could be the first of a couple of steps to take that property and get it fully operational.”

The building at 103 Front St. was not the only property discussed during Monday’s meeting.

The city voted unanimously to approve the sale of 412 Gray St. to nurse practitioner Nadzieja Pocheki.

Anderson said Pocheki plans on developing the building into a federally-qualified healthcare clinic to serve community members who lack adequate insurance coverage. According to Anderson, the land and building at 412 Gray St. were donated to the city several years ago.

A number of redevelopment options have been reviewed by the city since then but nothing came to fruition. As the city had virtually no funds invested in this property, a price of $100 plus all closing costs was recommended.

“She has come in over the last couple of months asking about what kind of properties were available,” Anderson said. The more we talked, the more it sounded like this property could be a potential use. The idea of having a clinic that can serve the needs of the community and help keep the cost down sounded good to us.”

The clinic is still in the planning and federal application stages and as an FQHC, the clinic will be managed through a board of directors and the community’s needs are, and will continue to be, researched carefully when deciding which services to offer.

If the building fails requirements and does not become a clinic, the property would revert back to city control.

“Every time our police officers respond to a domestic abuse call, DASAS is notified and they respond immediately to counsel or, if necessary, provide safe shelter,” Anderson said. “Public Safety Director Steve Grinnewald reports that this service provides valuable support for the police department.”