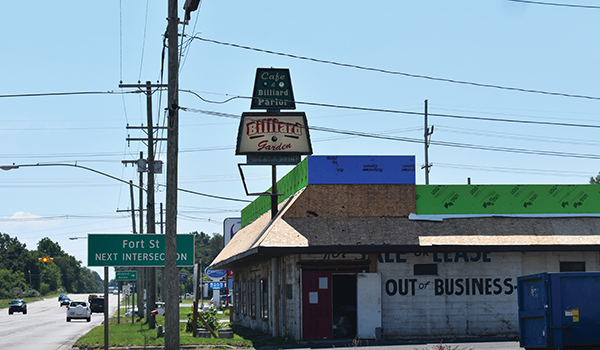 Five different marijuana businesses, from a microbusiness to an adult-use marijuana provisioning center took center stage in discussion with representatives from the businesses and members of the public giving updates, expressing excitement and concerns for what they might bring to the Niles area. All five were passed by the five present planning commission members, including April Gargis, John Dicostanzo, Jennifer Scally, Brian Thomas and Jerome Warburton.

“We are one of the few communities that has something like this,” said Niles Community Development Director Sanya Vitale, “There are large grows throughout North America, but what we are doing is one of the largest co-grows.”

Vitale said the former Simplicity Complex is home to four grow facilities and one processing facility. Each business rents space from the building owner, and builds its own building within the complex.

“We are Tetris-ing these buildings within the Simplicity Complex,” Vitale said. “On Monday, we will be talking with [the complex’s new owner] about how to appropriately build the ingress and egress so that everybody is safe from a fire-safety standpoint.”
Vitale said the builds within the complex were important to keep the plants from intermingling, both for security and due to state regulations.

“We are least two thirds of the way through [our build],” Lynch said. “We should be wrapping up everything by no later than May 1. We are very excited to add more employment to the city and introduce Niles here as a Mecca of growth and prosperity. We are trying to get the word out that Niles is a place to come to, to grow your business,” Lynch said.

“We have finalized the engineering portion as well as the architect,” Thomas said. “They are probably about 60-days from having a plan for us. We are also very close to signing the lease with the Simplicity building.”

“Everything is moving along swimmingly at 919 Michigan St.,” said co-owner Michael Felder. “We are excited to keep this moving forward.

Vitale summarized a letter to the commission submitted by a resident in the vicinity of HDS Investments’ location at the beginning of the public hearing.

“He didn’t have anything specifically to say about this company, but cannabis in general,” Vitale said. “He did not want cannabis in his neighborhood. He is within 30- feet of HDS Investments.”

HDS Investments owners Jeff Durrell and Bob Seske were in attendance and gave an update on their current and future business.

“We are already up and running. We already have had medical [use marijuana] for quite some time,” Durrell said. “I would just like the opportunity to have an adult-use license.”

Seske said the company wanted to be good neighbors, and offered to help address concerns residents may have.

Multiple members of the Weinberg Family Enterprises company were in attendance to the planning commission meeting on Tuesday evening.
Rob Sims, former NFL and Detroit Lions football player, and co-owner of the future provisioning center, spoke about the challenges of the location in the former billiard garden and what they are doing to get the center open.

“It has been a good fight to get that building up and going,” Sims said.

Sims mentioned there had been concerns raised about parking capacity and flow of traffic and the company had signed a purchase agreement on a neighboring property, 1261 S. Ninth St., to assist in the flow of traffic.

“Even though they will have an exit, I’m really concerned with individuals or customers coming into my drive-thru area rather than entering through their proposed entrance,” Levy said.