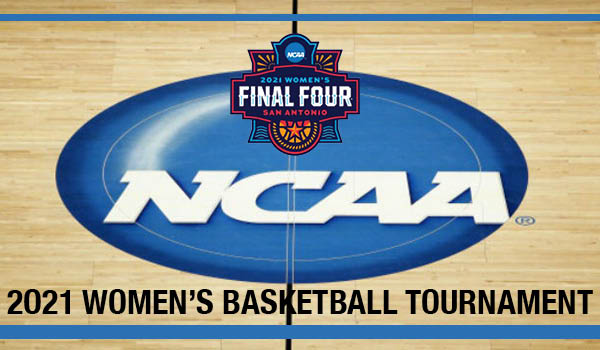 The seven Big Ten qualifiers match the conference record for most teams selected in one season, a mark first set in 2012 and equaled in 2015, and it ties for the second-most schools chosen from a single conference this year.

This represents the third consecutive NCAA Tournament, as well as the 16th in the past 20 and 23rd time in Big Ten history that at least six current conference members have been selected to compete in the NCAA Tournament (the 2020 event was canceled due to the COVID-19 pandemic).

All 63 games in this year’s NCAA Tournament will be played in and around San Antonio, Texas, with first- and second-round games played March 21 to 24 at five venues in San Antonio, Austin and San Marcos, Texas. The scene then shifts to the Alamodome in San Antonio for all remaining games, beginning with regional action March 27 to 30 and culminating at the NCAA Women’s Final Four April 2 and 4.

The 2021 NCAA Tournament will be televised live on ABC or the ESPN family of networks and can also be seen on the ESPN app.

Indiana earned the No. 4 seed in the Mercado Region, securing the highest seed in program history (Indiana had been a No. 6 seed in 1983 when the NCAA Tournament was only 36 teams, while its best seed in a 64-team NCAA field was No. 8 in 2002). The Hoosiers will meet No. 13 seed VCU at 2 p.m. March 22 on ESPNU at the UTSA Convocation Center in San Antonio. The winner will advance to play No. 5 seed Gonzaga or 12th-seeded Belmont in the second round on March 24 (all second-round locations, times and TV coverage are yet to be determined). The Hoosiers are appearing in the NCAA Tournament for the seventh time overall and are making back-to-back appearances for the first time since 1994-95. Indiana own a 3-6 (.333) all-time record in the NCAA Tournament, including a Sweet Sixteen appearance in 1983.

Iowa is the No. 5 seed in the Riverwalk Region and will take on 12th-seeded Central Michigan at noon March 21 on ESPN at the Alamodome in San Antonio, with the winner of that game moving on to face either No. 4 seed Kentucky or 13th-seeded Idaho State on March 23. Iowa is making its 27th NCAA Tournament appearance and third in a row. The Hawkeyes have a 24-26 (.480) record in NCAA Tournament play and the last time they took the floor in the event, they advanced to the NCAA Elite Eight for the first time in 26 years. Iowa is also one of eight current Big Ten schools who have advanced to the NCAA Women’s Final Four during their program’s history, doing so in 1993.

Maryland is the Big Ten’s automatic qualifier into the NCAA Tournament after the Terrapins won their fifth Big Ten Tournament title and second in as many seasons, in addition to collecting their sixth Big Ten championship in seven years as a conference member. Maryland is the No. 2 seed in the HemisFair Region and will meet another school from the Old Line State, 15th-seeded Mount St. Mary’s in the first round at 4 p.m. on March 22 on ESPN, also at the Alamodome. A victory would send the Terrapins into a second-round matchup against either No. 7 seed Alabama or 10th-seeded North Carolina on March 24. Maryland is set to make its 28th NCAA Tournament appearance (the most by any current Big Ten school) and the Terrapins’ 10th in a row. Maryland has compiled a 46-26 (.639) record in the NCAA Tournament, having won the national championship in 2006 and reaching the Final Four five times, most recently in 2015 during its inaugural season in the Big Ten.

Michigan also earned its highest-ever seed at No. 6 in the Riverwalk Region and will take on 11th-seeded Florida Gulf Coast at 3 p.m. March 21 on ESPN2 at the UTSA Convocation Center in San Antonio. The winner of that contest will play the winner of No. 3 seed Tennessee vs. 14th-seeded Middle Tennessee on March 23. Michigan, which previously had a highest seed of No. 7 in 2018, is making its ninth NCAA Tournament appearance and third in a row, representing the program’s first-ever back-to-back-to-back tournament trips. The Wolverines are 5-8 (.385) in their eight previous NCAA Tournament appearances, having reached the second round five times, including the past two appearances in 2018 and 2019.

Michigan State received the No. 10 seed in the Mercado Region and will play seventh-seeded Iowa State at 6 p.m. March 22 on ESPN at the Alamodome in San Antonio. The winner of that contest moves on to meet the winner of the first-round game between No. 2 seed Texas A&M and 15th-seeded Troy on March 24. The Spartans earned their 18th NCAA Tournament berth, as well as their second in a row and 15th appearance in the past 18 tournaments. Michigan State is 19-17 (.528) in NCAA Tournament games, highlighted by a trip to the 2005 national championship game.

Northwestern garnered the No. 7 seed in the Alamo Region and a first-round matchup with No. 10 seed UCF at 4 p.m. March 22 on ESPNU from Bill Greehey Arena on the campus of St. Mary’s University in San Antonio. With a victory, the Wildcats would advance to a second-round game against either No. 2 seed Louisville or 15th-seeded Marist on March 24. Northwestern is preparing for its eighth NCAA Tournament appearance and first since 2015, with a 3-7 (.300) all-time record in tournament games. The Wildcats also advanced the WNIT championship game in their most recent postseason appearance in 2019, becoming the third different Big Ten school in as many seasons to reach the title game (Michigan and Indiana took the crown in 2017 and 2018, respectively).

Rutgers is the No. 6 seed in the Mercado Region and will play 11th-seeded BYU at noon March 22 on ESPNU at Texas State’s University Events Center in San Marcos, Texas. The winner of that game will earn a second-round game against either No. 3 seed Arizona or 14th-seeded Stony Brook on March 24. Rutgers, which earned its highest seed since 2012, will be making its 27th NCAA Tournament appearance and second in as many tries, having compiled 36-25 (.590) record in the NCAA Tournament, including a place in the 2007 national championship game as well as a trip to the 2000 Final Four.