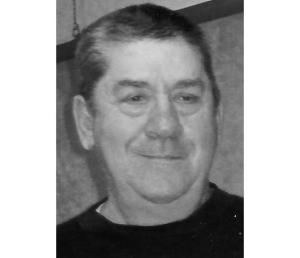 He was born on Dec. 3, 1938, in Cass County, Michigan to Albert and Florence (Fulkerth) Arscheene and attended the former Pokagon School. He worked on several area farms, and often rode-along in the heavy trucks delivering produce or moving machinery.

Harry was a member of the Pokagon United Methodist Church. He collected scale model trucks, some reflecting the farm trucks with which he was familiar, and had a collection of various ball caps representing not only baseball teams but also agricultural interests. He was a fan of the New York Yankees baseball team and the University of Notre Dame football team, but enjoyed watching television broadcasts of almost any football game. He also enjoyed walking and would be seen walking on M-51 between Pokagon and Niles, but he rarely completed the entire trip as friends would recognize him and offer a ride. Those friendships were important, and after he had moved to Niles and was walking less, he would be seen sitting in his lawn chair out by the curb greeting folks driving-by and visiting with all who stopped. His interest in trucks — combined with his time spent close to traffic — gave him a remarkable and uncanny ability to identify truck brands by the sound of their engines.

He was preceded in death by his parents and by his siblings, Howard Arscheene, Virginia Hurley, Arnold Arscheene, and Lewis Arscheene.

The funeral service for Harry Arscheene will be at 11 a.m. on Friday, March 19, 2021, at the Sumnerville Bible Baptist Church, 61268 Indian Lake Road, Niles, with Pastor Dan Greegor of the church officiating. Committal will follow at the Sumnerville Cemetery. Attendance will be limited, masks required, and social distancing practiced. Others may witness the service via the livestreamed broadcast on the Halbritter-Wickens Facebook page: facebook.com/halbritterwickensfuneralservices.

The family will receive relatives and friends on Friday at the church beginning at 10 a.m. Arrangements were made at the Halbritter-Wickens Funeral Home, 615 East Main Street in Niles. Online condolences may be left at: halbritterwickens.com.

Harry’s activities always included other people, whether working with local farmers and their crews, or going to church, or accepting rides while walking to town. Most important was the time spent with family, sometimes watching sports on television, and always with Princess by his side.

Mary Polly, 82, of Niles, died Sunday, March 14, 2021. Arrangements are being made by Halbritter-Wickens Funeral Home, of Niles. read more