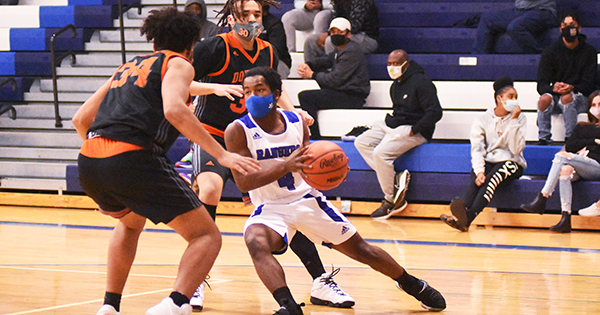 The Rangers jumped out 9-0 lead on the Raiders in the opening quarter, but could not maintain their momentum as Decatur came back to make it 9-6 heading into the second quarter.

Cassopolis went on to outscore the Raiders 46-23 over the final three quarters to pick up the easy victory.

“It was senior night, so I started my four seniors and let them play the whole first quarter,” said Cassopolis coach Ricky Evans. “I’m sure they got a little fatigued. The third quarter, I started my seniors, but the difference is I subbed earlier to keep fresh legs in the game.”

The Rangers led 21-12 at halftime. Both teams scored nine points in the third quarter before Cassopolis (6-3, 6-0 Southwest 10) exploded for 25 points in the final eight minutes, while holding Decatur to just eight points.

Pflug led the Rangers with 12 points. Goins had nine points.

Despite a 23-point effort by Henry Weller, visiting Dowagiac dropped a 59-56 Wolverine Conference boys basketball decision to Allegan on Saturday.

The Chieftains led by 10 points at halftime (34-24) but could not maintain their advantage. Dowagiac was short-handed for the game.

Baylee Schafer scored a game-high 24 points for the Tigers.

Dowagiac is now 3-9 overall and 1-7 in conference games. Allegan improved to 6-7 overall and 2-6 in league contests.

Another slow start led to another loss for the Niles boys basketball team Friday night.

The Vikings were outscored by host South Haven 10-2 in the first quarter. The two teams were deadlocked at 14-14 at halftime, but the Rams outscored the Vikings 17-13 in the second half to earn the win.