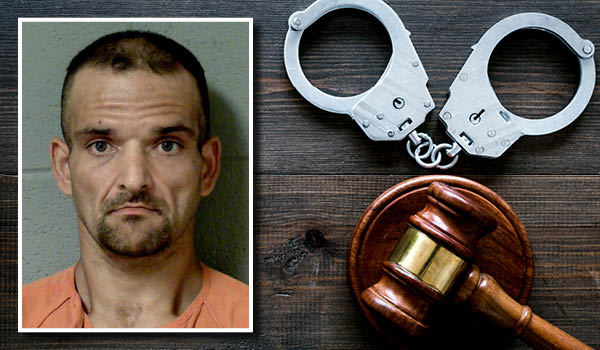 CASSOPOLIS — A Marcellus man who was hospitalized after he tried to hide methamphetamine by eating it was sentenced to probation Friday in Cass County Court.

Lawrence Michael Wright, 37, of Marcellus, pleaded guilty to possession of methamphetamine and was sentenced to three years’ probation, credit for 27 days served, completion of the Mental Health Court program and $2,628 in fines and costs. A charge of tampering with evidence was dismissed.

He also pleaded guilty to violating his probation from a 2019 possession of meth conviction and had his probation continued and was given credit for 82 days already served.

The current incident occurred April 2, 2020, when the car he was a passenger in was stopped by police who found a glass pipe and a baggie of meth. Wright had already eaten some of the meth and had to be transported to the hospital.

“Mr. Wright certainly went wrong in this case,” Fitz said. “At age 35, you’re now in the big leagues. You’ve got a drug problem and it’s going to keep taking you deeper and deeper until you get a hold of it. You need to get off that stuff and get the monkey off your back. Stay clean or go to jail or prison.”

Aaron Alan Davis, 42, of Dowagiac, pleaded guilty to possession of analogues, impaired driving and disturbing the peace and was sentenced to 10 months’ probation, credit for one day served and $1,575 in fines and costs. The incident occurred July 9, 2020, in Dowagiac.

Ronald Nickens, 66, of Dowagiac, pleaded guilty to failing to register as a sex offender and was sentenced to 18 months’ probation, credit for one day served and $2,088 in fines and costs. The incident occurred in July 2019 when police discovered he had moved to a new address without notifying authorities.