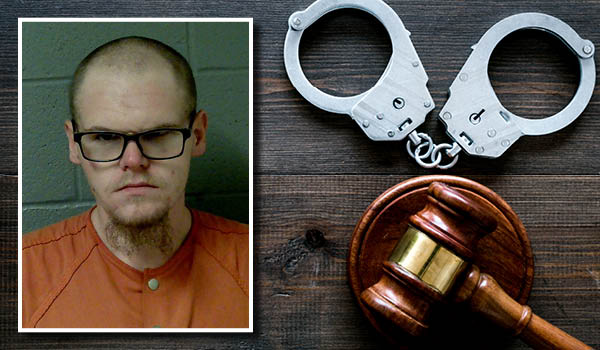 CASSOPOLIS – A Dowagiac man who stayed in jail because he wanted to stay sober was sentenced to credit for time served Friday in Cass County Circuit Court.

Seth Gage Harbison, 22, of Dowagiac, pleaded guilty to possession of methamphetamines and was sentenced to credit for 124 days already served, had his license suspended for six months and was ordered to pay $1,548 in fines and costs.

The incident occurred Oct. 8, 2020, in Dowagiac when police were called to the Harding’s Market in Dowagiac on reports that he had been wandering around the store expressing paranoid thoughts. Police searched his vehicle and found a glass pipe and meth.

Although Harbison does not have to serve any more jail in Cass County, Cass County Circuit Judge Mark Herman noted that warrants are still out for Harbison in Allegan and Van Buren counties, and he was to be transported to Allegan County to address those charges.

“Two things impressed me,” Judge Herman told Harbison. “You wanted to stay in jail because you didn’t want to be out and you wanted to get clean. Also, you were able to complete high school and get a diploma although you’ve been using drugs half of your life. It seems like you have some desire to better your life.”

“I hope you take recovery seriously,” he added. “You are young, and you do have a lot of life ahead of you. … You’re 22, but you’ve been letting drugs get hold of your life. Hopefully you will get your life in order, and we don’t see you back here again. I hope you remember and appreciate the impact that drug has had on you.”

“He’s been using marijuana since the age of 12 and serious drugs since the age of 19,” Fitz said. “He’s at a crossroads. He has 60 to 80 years of life left and he needs to focus on what he wants his life to be.”

Harbison said he has been studying the Bible and getting counseling while he has been in jail.

“I want to get on the right path and continue to go to church and try to get my life together,” he said.