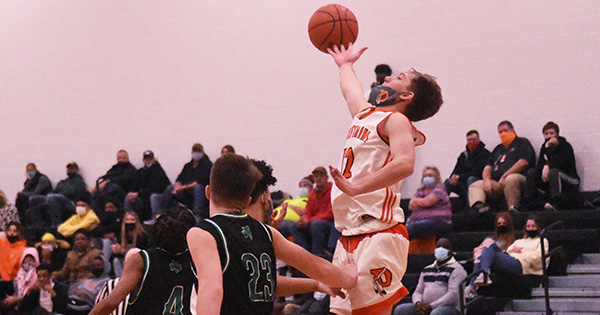 DOWAGIAC — Wolverine Conference foe Sturgis proved to be too much for the Dowagiac boys and girls basketball teams Wednesday night.

At Dowagiac, Trojan senior Thomas Kurowski set a new school record with his 44-point explosion as Sturgis defeated the Chieftains 62-44. At Sturgis, Dowagiac continued struggle on the offensive end of the court, and as a result, fell to the Trojans 34-20.

The senior scored 19 points in the second half as Sturgis pulled away from the Chieftains, who managed to score just 21 points in the final 16 minutes of play.

Dowagiac’s Henry Weller, the area’s leading scorer, tossed in 19 points for the Chieftains, who drop to 3-8 overall. Stewart Smith finished with seven points.

A solid defensive effort by Sturgis kept the Chieftains winless in league games.

Dowagiac never reached double figures in any of the four quarters. The Trojans led 11-7 after one quarter and 17-12 at halftime.

“We have to do a better job of attacking a zone under control,” said Dowagiac coach Jason Turner. “Swing the ball and attack the gaps, and most importantly, do not force it. We only attempted five free throws last night and zero in the second half. We stopped attacking and didn’t get to the free throw line enough tonight.”

Korin Whitcomb led the Trojans with a game-high 13 points, while Juliette Schroeder added 12.

NILES — The S. 11th Street entrance of Niles’ McDonalds remains blocked off with cones as of 12:15 p.m. Thursday,... read more