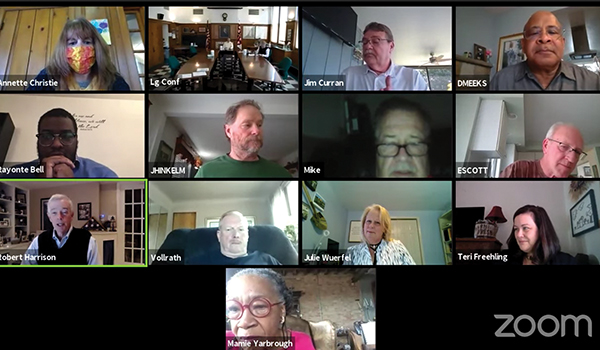 BERRIEN COUNTY – Nearly five weeks after the former Berrien County Road Department Director Jason Latham was placed on administrative leave, it was announced by Board of Commissioners Chairman Mac Elliot that the county had reached a settlement with him. Latham officially resigned from the position on March 8.

“We wish Mr. Latham well in his new endeavors,” Elliot said. “In the coming weeks, we will identity the best person to lead the county road department.”

The Berrien County Board of Commissioners passed a resolution for staff to follow through on the “stipulations of the agreement” at Thursday’s meeting.

The settlement agreement, released by Berrien County, states Latham had been in his position since Feb. 5, 2018.

Latham was paid three months of his annualized salary, $28,836.25 before taxes and withholding, as well as a vacation allowance of $8,894.18, upon separation from the county.

“Latham, on behalf of himself, his heirs and assigns, and all others who may claim through him, agrees to release any and all claims which he has, or may have, known or unknown, now or in the future, against the county and all their present and former officials, officers, employees, insurers or agents, arising out of or relating to his employment or separation from the county,” said the release.

The county also agreed to release any and all claims against Latham, now or in the future.

The agreement includes that Latham may not seek employment with the county again in the future.

In other news, the Berrien County Board of Commissioners voted to support Senate Bill 207, to extend the window of time in which virtual meetings of a public body must be hosted through June 30.

The resolution passed will be forwarded to the Michigan Association of Counties, and legislative representatives in Berrien County.

“Senate Bill 207 is another commitment to the Open Meetings Act,” explained County Administrator Brian Dissette. “Right now, it is set to expire on March 31. This is important, not just for the board of commissioners but to the various boards that operate under this amendment that allows for virtual meetings.”

The bill would extend the application to school boards, city, village and township government bodies.

Dissette explained that under the current Michigan Department of Health and Human Services orders, which were posted on March 5 and run through April 19, non-residential, indoor gatherings are still limited to 25 or less attendants.

“It doesn’t matter how big of a room you are in. There is still a required 6 feet separation. For the county, it impacts us as we look to the end of the month as we look at how to run in-person versus virtual,” Dissette said. “If we were to shift to in-person meetings, we would be struggling with how to set up with board members, spacing, and then how many people would be allowed in the room.”

With those challenges taken into consideration, Dissette said the alternative to the bill passing would likely be requests from community managers to re-institute a state of emergency in the county, so that virtual meeting could continue.

NILES — The S. 11th Street entrance of Niles’ McDonalds remains blocked off with cones as of 12:15 p.m. Thursday,... read more