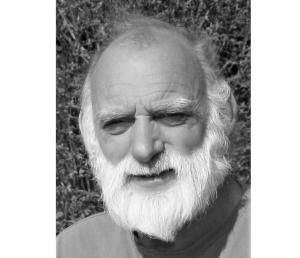 Terry Knepple passed away from congestive heart failure on Monday, March 8, 2021, at home surrounded by family.

He was born April 17,1949, in Niles to the late Robert and late E. Joan (Morse) Knepple. He married Gemma Arseneau at Daily Church on Nov. 28, 1974, and lived his entire life in Cass County, except when he served as a tank mechanic in Korea during the Vietnam War.

Terry was an avid hunter and outdoorsman, despite injuries from a car accident that made walking difficult and painful. He also loved traveling with his family, taking adventures around the country every year. He met a buffalo face to face at dawn in Yellowstone in 1992. His final big adventure was following Route 66 all the way to Arizona with Gemma in 2007.

His routine was to meet his friends daily for breakfast at George’s Cafe in Cassopolis before starting his day. He will be greatly missed by his family and friends.

Due to COVID, there will be no funeral service. Terry’s ashes will be inurned in Prospect Hill Cemetery in Cassopolis. An open house will be planned for a later date.

Donations can be made to Caring Circle Hospice at spectrumhealthlakeland.org/caring-circle/give-now/donate.

Arrangements are by the Paul E. Mayhew Funeral Home in Edwardsburg.