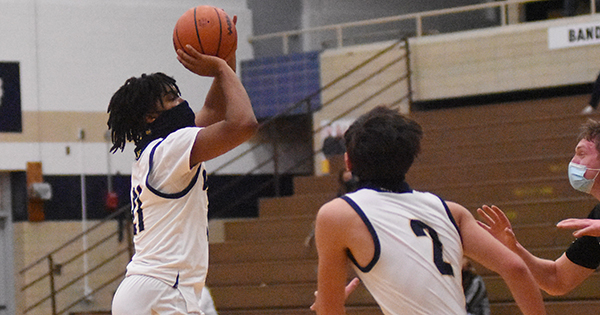 EDWARDSBURG — After Vicksburg canceled its Wolverine Conference boys basketball game with Edwardsburg, the Eddies went out and rescheduled Coldwater in a non-league contest Monday night.

The visiting Cardinals outscored Edwardsburg 19-8 in the opening quarter and went on to defeat the Eddies 64-51. The loss dropped Edwardsburg to 5-3 overall.

Also on Monday night, Niles traveled to St. Joseph to take on its former SMAC foe. The Bears took advantage of another slow start by the Vikings to post a 41-27 victory.

The Eddies were never able to dig themselves out of their early deficit against Coldwater, which improved to 10-1 on the season.

The Cardinals led 35-16 at halftime and 54-30 heading into the final quarter.

Brandon Downs scored a game-high 17 points to lead the Cardinals.

The Vikings managed just seven points in the first half, as they dropped their second consecutive game.

St. Joseph (7-5) did not exactly light up the scoreboard either, but scored 19 first-half times to take a 12-point advantage to the locker room at the break.

The Vikings (2-9) played better in the second half and was only outscored by a basket.

SOUTHWEST MICHIGAN — As of Tuesday, Berrien County reported 10,847 COVID-19 cases and 226 deaths, according to the Michigan Department... read more