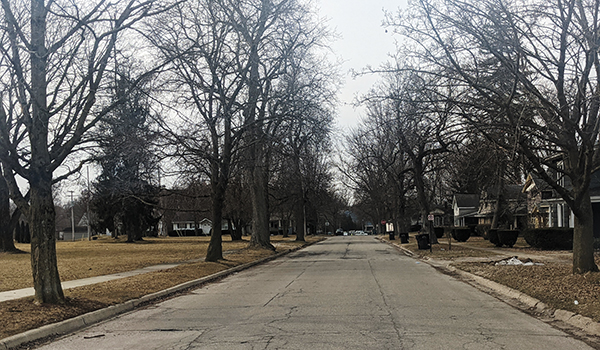 The council had the first reading of the recommendation to introduce a Flexible Housing Overlay addition to the zoning ordinance and to include the industrial district in site plan review requirements during Monday’s meeting at City Hall.

Following Monday’s first reading, the ordinance adjustments will be brought before the council for a second reading and voted at the regular meeting on March 22.

The intent is to address particular issues that span a large geographical area and includes more than one underlying zoning district.

The proposed Flexible Housing Overlay ordinance would be applied to the block bordered by Pennsylvania, High, Main and Front streets and would allow developers to build “row house”-type residential structures along Pennsylvania Avenue. A row house is a type of residential structure that allows for a shared wall between several different private single-family residences. The difference between townhouses and row houses is in how they’re arranged. Row houses are lined up all in a row, while townhouses are often configured differently.

“Within our master plan, we talked about trying to see what kind of housing options we can develop in and around the downtown area that would be consistent with the historical nature of houses and with becoming a transition into the downtown area between businesses,” Anderson said. “A flexible housing ordinance would allow us to look at parcels and be able to overlay more of a multi-family type of use over the top of them. In this particular case, it’s calling for the possibility of having things like rowhouses as it becomes adjacent to the downtown.”

In this type of development, front porches classically face the street, while garages and parking all take place behind the development. The city currently has no solid plans for development in place; this ordinance would introduce a flexibility to the current regulations.

Anderson hopes adding the FHO to the ordinance will help generate interest in the downtown area of Dowagiac.

“If you look at this type of flexible overlay on the Pennsylvania Avenue property that the city owns and is looking to market, that would make it a nice transition from the historic neighborhood into a historic downtown. It would bring more people living in around the downtown area which people want and which also is very critical to making downtown businesses successful and having people living in close proximity makes for a vibrant downtown. There’s lots of national studies to support that and quite frankly, we can be that case study as well with the housing units that have been developed on the second floor of many of the buildings downtown.”

The second ordinance change involves what is thought to be an oversight in the Zoning Ordinance Site Plan Review chapter that should be corrected. In Section 19.1 Site Plan Review, Section B (1) (a), the ordinance states that site plan review is required for several districts. Both I-1 and I-2 are included in this list, but I-3, the industrial district, has been left out, which Anderson suspects was probably due to oversight.

“It is a relatively minor cleanup,” Anderson said. “But it makes all of those zoning districts in order.”

In other business, the council approved three resolutions to establish rates for building department activities effective April of this year. Each year, the council reviews permit fees and typically adjusts fees for the building department based on the consumer price index, a measure of the average change over time in the prices paid by urban consumers for a market basket of consumer goods and services.

The adjustment is made so that fees reflect the continual inflationary costs of business in the department. The three resolutions will increase the rate for building permits, plan reviews and other fees utilized by the building department by 1.4 percent.

“This is something that council has expressed a preference for in the past,” said Mayor Don Lyons. “Regular annual increases to these sorts of things. We end up with very modest increases, but we keep up with the cost of inflation so that we don’t come across that day of reckoning when we have to hit the public with big increases.”

DOWAGIAC — Last calls at bars and restaurants across the state could get pushed back a few hours in an... read more