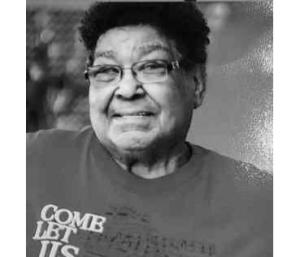 Her life began June 8, 1945 in Cassopolis, Michigan, the sixth of 11 children born to Theron and Corabelle Hunt.

Carol was well known for her cookies and cakes. She was known as the clean-up woman and cleaned for many people in Michigan. Carol was a member of Christ Temple Church of Cassopolis for many years and volunteered in various capacities, including being Head Usher. She was a cleaner of the church and kept it spotless. She worked at Cass County Medical Care and also Checker Gas Station.

She was preceded in death by her parents; one grandson, Daryl Jennings; two sisters, Lavina Watson, Lola Buck; and two brothers, Theron Hunt and Charles Hunt.

Family and friends will gather Saturday, March 13, 2021 from 1 to 2 p.m. in Connelly Chapel Wagner Family Funerals, 202 N. Broadway St., Cassopolis. We will then process to Prospect Hill Cemetery for a Graveside service where Ms. Davis will be laid to rest.