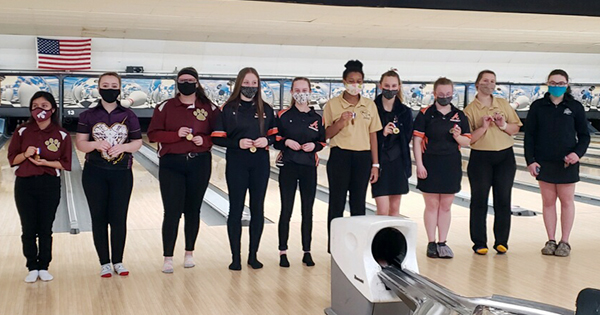 Here are the top 10 finishers at the Niles Singles Tournament for the girls on Saturday. (Submitted photo)

NILES — Host Niles had a pair of top 10 finishers at its own singles tournament hosted by Joey Armadillo‘s on Saturday.

“All the ladies bowled over their average today,” said Niles Coach Jim Jaynes. “It was an awesome day for the Lady Vikings.

South Haven’s Harlee Burrows was the champion, as she rolled a 1,066 series.

The Bobcats’ Bel Leeper and Cassie Gosa finished 11th and 13th with series of 918 and 910, respectively. Melanie Vazquez was 15th with an 895 series.

South Haven’s Konnor Brugh was the boys champion with a 1,195 series. 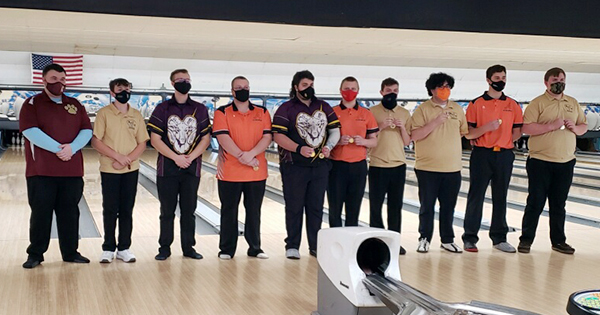 Here are the top 10 finishers at the Niles Singles Tournament for the boys on Saturday. (Submitted photo)