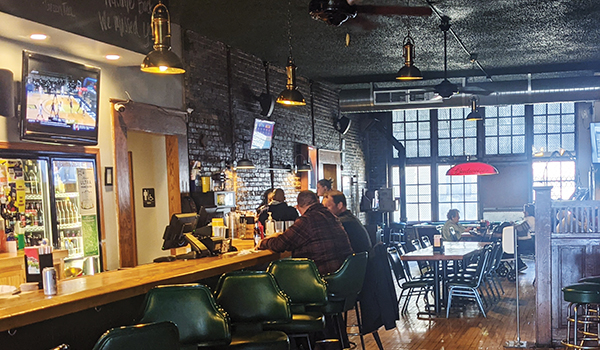 DOWAGIAC — Last calls at bars and restaurants across the state could get pushed back a few hours in an attempt to increase sales.

A bill proposed to the state House of Representatives last month would allow local municipalities to adopt their own rules to extend the pre-pandemic curfew of 2 a.m. to 4 a.m.

While some believe the additional two hours would boost revenue for the state’s bars and restaurants, Kyle Belew, owner and operator of Wounded Minnow Saloon, 234 S. Front St., Dowagiac, does not believe that change would be in the best interest of the Dowagiac community.

“I don’t think it’s what Dowagiac needs right now,” Belew said. “I could see certain places — big cities and college towns — being able to do that, but they already could. If I wanted to do that, I would make sure that the chief of police and the city council were OK with it because I do feel like I’m a part of the community, and I think that’s the responsible thing to do.”

The potential for increased disorderly conduct factors into Belew’s opinion. Currently short on employees, he also thinks a potential increase in hours would place an increased burden on his staff.

“If you’re open until 4 a.m., you’re not leaving until 5:30,” he said. “That would take somebody from being able to do four or five shifts a week to three or four. I think it would cause more labor problems for us.”

If the proposal does go through, Dowagiac Public Safety Director Steve Grinnewald does not anticipate a significant change.

“I don’t know that it would necessarily hurt,” he said. “Obviously anytime that you get a group of people and alcohol is served, there are chances that some things can go wrong. Whether that happens at 1:30 a.m. in the morning or 3:30 a.m. in the morning, if it’s going to happen, it’s probably going to.”

Grinnewald compared the proposal to the state’s 2010 decision to allow municipalities to sell alcohol on Sundays and said if the proposal were to be passed, the police department would work with area bars to make sure proper procedures were in place.

“There was some debate a few years ago about alcohol sales on Sundays, and we haven’t seen a big problem with that,” he said. “I think that if that were to happen, we would obviously work with our bars to just make sure they’re watching the things they need to watch. If they need some assistance from us or help, we will be more than happy to help them and make sure they’re not over serving and doing the things that they need to do. I think as long as we all work together at it, it’ll be safe it should be OK.”

The Michigan Department of Health and Human Services has moved to allow restaurants to increase indoor dining capacity to 50 percent with an 11 p.m. curfew effective Friday. Restaurants have been open at 25 percent capacity with a 10 p.m. curfew since indoor dining returned on Feb. 1. Belew is glad to see regulars frequenting the bar again and thanks the community for its continued support.

“I would say 70 percent of our business this time of year comes here more than once a week,” Belew said. “It’s nice to see the people that intentionally supported us for the last year to be able to actually enjoy the place. We would have been gone a long time ago if people had not spent money here on purpose. That’s the great thing about a small town. People were spending money they didn’t have to spend because they wanted to see us here, and I don’t know what any other business owner could ask for.”

According to Belew, the bar has more non-alcoholic beverages on its menu than ever before, all in an effort to expand and appeal to new customers.

“Every year we sell more non-alcoholic beverages,” he said. “I really hope that the people who don’t go out because they don’t drink will be more willing to. It’s a social thing, and I think we’re seeing some of the psychological effects the pandemic has on people who had to stay home. So we’re gonna try to expand and encourage folks to come out. The big rage right now are beer seltzers, but there’s non-alcoholic seltzers and stuff like that coming out too.”

Belew founded the Wounded Minnow as a safe place that blends the best aspects of bars and traditional restaurants together and hopes to keep that balance intact for the Dowagiac community.

“I opened this place because there was a void,” he said. “In that era of the ‘90s, there were more single people than ever before. In traditional bars and taverns, women by themselves didn’t feel that safe. For me, I knew I would have to leave town if I was going to go on a date with somebody, and I wanted some good food and good cocktails. There wasn’t a place around here with that balance and that is what I’ve tried to do here for 26 years. You walk in here, and it definitely looks like a bar, but with restaurant quality food. I believe in a small town that balance is important.”