DALLAS, Texas – The first time Claudette Miller stepped on an airplane, she was on her way to the American Airlines Stewardess College 50 years ago.

Miller said flying felt good to her, and it felt natural to be on the airplane. When she began working on an airplane in flight, it took her a bit to get her “sea legs,” walking in the clouds, but she never had any second thoughts or doubts about her career that took her from her family home in Niles on adventures all over the world.

“I felt almost like an astronaut working in space,” Miller said. “I remember thinking, ‘this is out of science fiction,’ that you could get up and walk on an airplane.”

On April 1, Miller will retire from being a flight attendant for exactly 50 years. She has spent her entire career working with American Airlines. She graduated from the American Airlines Stewardess College on April 1, 1971. Her career took her from Niles to destinations all over the country and the world. 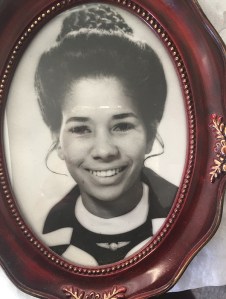 Miller graduated from Niles Senior High in 1969. She still returns to Niles for the class reunions, but in 1969, she was not sure what to do next after graduating.

“I worked for a year at Simplicity Pattern Company, folding patterns and putting them into the little envelopes,” Miller said.

One of seven children, Miller’s family arrived in Niles when she was two and a half years old. Her father worked for New York Central Railroad. Her uncle and grandfather also worked for the railroad.

“Travel has been in my blood,” Miller said.

In 1970, her brother went on a double date with his future wife. A woman in the other couple was a flight stewardess for American Airlines at the time, and he thought Miller might be interested in the career. Miller decided to fill out the application. By November, she was called for an interview in Chicago.

She remembers shopping for her interview suit in Niles in preparation for the trip. Her brother picked her, her mother and her sister up to go to the interview. Her mother did not want her to go to Chicago for an interview by herself.

“When they called my name to come in, my mom and my sister walked into the interview with me,” Miller said. “The interviewer was so impressed by my family wanting to be a part of the process that he gave me a big envelope.”

The envelope contained hiring paper work for her to complete.

In January 1971, she was asked to go to stewardess school.

On her first ever flight, she flew to Dallas, where American Airlines Stewardess College was located. She observed for the first time what a stewardess did.

After eight weeks in school, she graduated at the age of 20 as the youngest in her class.

“Everything with the airlines is based on seniority and age,” Miller said. “We all got sent to Buffalo, New York. We didn’t have a choice.” 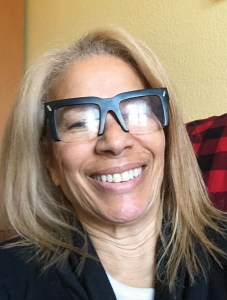 After the first fuel crisis around 1973, Miller transferred to be based out of Chicago. American Airlines flew only domestic flights at the time, and she spent 20 years based in the Midwest. Around 1990, when American Airlines acquired an airline that flew internationally, she began working for the last 30 years of her career on international flights. She met her former husband, got married and had her two children.

“I always said this was the best job to have for raising a family,” Miller said. “Based on seniority, I wasn’t getting the premium trips during the week days. I was working most weekends, which was perfect because I was home with my children Monday through Friday.”

Miller said she knew many flight attendants who were able to go to school through the week and launch second careers. For a time, she lived in California while commuting to Chicago by air for her international flights.

She said her children were raised being “airline kids.”

“They know their way around an airport like the back of their hand. They know how to navigate European cities,” Miller said. “It’s just been a wonderful experience for them.”

She remembers speaking with people who had saved up their entire lives to go to Hawaii. She remembers seeing passengers still wearing hospital tag bracelets, as they were so determined to get to their once-in-a-lifetime trips that they went straight from a health scare to the airport.

“[The flights to Hawaii] were the most wonderful, magical flights,” she said.

On her long flights to Europe and Asia, Miller said the crew would schedule both rest and sight-seeing.

“On our long-haul trips to Asia, the layovers were 48-hours. That was really a treat,” Miller said. “You could literally sleep all day the first day, then travel around the next day and sight-see. You could even go to different cities by train or by bus and still come back to your layover city, get 10 to 12 hours of sleep, and come back the next day. It was a good variety of flying and a good experience seeing the world.”

“I have always said, ‘I don’t know how this little black girl from Niles, Michigan got here,’” Miller said with a laugh. “Here I am, walking the streets of Rome where Romans walked centuries ago. Here I am at the Taj Mahal, or at London at Big Ben. Coming from Niles, I marveled at that time and time again.”

Now, based in Dallas for the past four years, she decided it was time to retire. She is excited, as she will retain travel perks after she has officially left the position. She will still be able to see the world, when travel restrictions relax.

Through the COVID-19 pandemic, Miller saw much of what she loved about airline travel diminish. She said many of the manners have gone out of air travel, as well as the connection with passengers she was able to make before having to wear a face mask.

“We are all in this together. We are all in this metal tube, and we only have each other to depend on, as was experienced during 9/11 [2001], when all aircraft had to be landed,” Miller said. “All those passengers and the crew became one. That’s what I feel has been lost during this pandemic, and this last year, is the comradery that we used to have with the public.”

With the masks, she knows passengers cannot see her fun facial expressions through the presentations and interactions on the flights. Having speech muffled behind a mask is difficult in the small environment as well.

“You have to raise your voice in order to be heard,” Miller said. “Raising your voice was never a good thing towards a crew on a flight.”

Still, when she looks back at her career, she said she never had any doubts about it.

CASS COUNTY — The Van Buren/Cass Health Department announced the opening of 1,500 COVID-19 vaccine appointments for the week of... read more