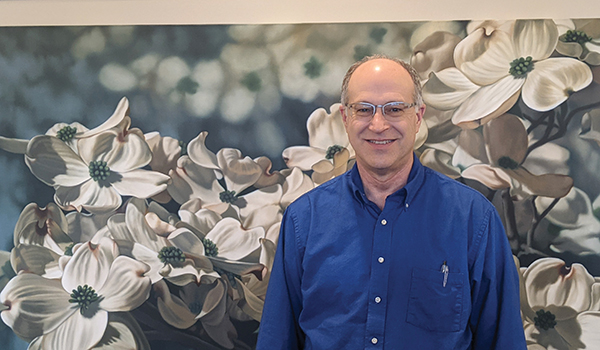 DOWAGIAC — The Dowagiac Rotary Club received a visit from one of the city’s top officials Thursday.

“Until you live in other places, you can’t appreciate how genuinely caring the leaders are here,” Seculoff said. “I’m happy to call Kevin a friend.”

Thursday’s meeting was the club’s first in-person meeting of the year. Anderson provided the club with updates on several city projects, including its Riverside Park project, a park development along Riverside Drive next to the Dowagiac Creek. The proposed park would feature an overlook platform on Riverside Drive, where guests can gaze and fish, parking spaces and accessible sidewalks.

The city applied for a Michigan Natural Resource Grant for the park, which would total $300,000. If awarded funding, the city could receive funds as early as next year, and the project would begin soon after. The city used the same grant program for the creation of Schuur Park last year.

“It’s a grand project using the same kind of grant funding we have used in other places,” Anderson said. “It’s phase one of a multiple-faced project, a project we’ve been working on in the background for quite a while. After the success of Schuur Park, we’re excited to get this going.”

In addition to the park project, Anderson discussed the ICG building site improvement plan, which is a collaboration between the city and Dowagiac Union Schools. Last year, the DUS board of education voted unanimously to approve the plan, in which the site of the former ICG building will be home to a new parking lot located between Chris Taylor Alumni Field and the high school campus. The plan is a joint effort between the district and the city of Dowagiac.

According to Anderson, the building is down and construction crews have begun work on the 230-space parking lot. Construction is expected to be completed in time for senior graduation.

“I think it’s just a radical change in how that corner looks, and it really speaks to the school and it’s vision for the area to be a campus. They’re responding to the vote of the people who want to reinvest in the high school, and by reinvesting in their making a commitment for another 50 years.”

Anderson also highlighted projects including the city receiving a $75,000 grant for its Neighborhood Enhancement Program plan and its construction of a modular home in the city. NEP is designed to launch improvement projects directly tied to enhancing and stabilizing communities. Projects can focus on neighborhood public amenity enhancements, improve residents’ quality of life, or help communities recover from the COVID-19 pandemic.

A modular home is a house that is built, section-by-section, in a factory setting.

“We’re very excited about the housing projects that are taking place,” Anderson said. “Investment in individual houses plus new houses that are being built. We’re hoping that this can be a good spur for improvement and help grow the community and we are very happy with the success so far.”

Having served the community for 13 years, Anderson remains impressed with the community’s capacity for caring.

“I don’t think one can truly appreciate the genuineness you see not only from community leaders, but from the public as a whole,” Anderson said. “The level of compassion and concerning care that people show for each other day in and day out in this community is amazing.”

CASSOPOLIS — A Dowagiac man who cut off his electronic tether last fall is going to be spending more time... read more