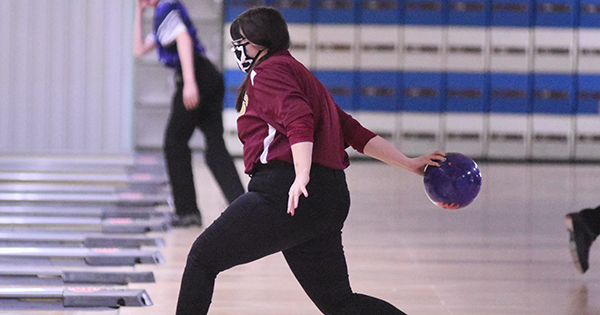 NILES — For the first time in its history, the Brandywine bowling program will host a Michigan High School Athletic Association regional tournament.

The Bobcats will host the Division 3 regional March 19-20 according to Coach Pepper Miller, who was notified that Brandywine would be the host school Friday morning.

“I think it’s definitely an opportunity to show that little ol’ Brandywine can host something like this,” Miller said. “It will bring people to Niles who might not come to our town otherwise, and that his huge.”

Earlier in the week, the MHSAA announced format changes to the state bowling tournament.

There will also be no Baker games at the regionals. Instead, 20 regular games will be bowled, four each by five bowlers or subs. A bowler must roll four games in order to qualify for the finals.

Two teams and 10 individual singles will advance to the state finals March 26-27.

The MHSAA is using the new format in order for bowling centers to be able to space out participants over twice as many lanes. There will also be a limited number of spectators allowed, which will be based on the current Michigan Department of Health and Human Services guidelines.

Miller said that being home for regionals will be different as well. Usually, the team makes a big deal out of going to regional, including spending the night. But with COVID-19 restrictions still in place, those plans may have had to change anyway.

“I am happy that we don’t have to travel, and everyone will be able to sleep in their own beds and be well-rested,” Miller said.

Miller is already in the process of putting together a plan on how to run the regional. Having run the bowling alley before, she knows exactly what she wants to do. She also is pleased that she will be able to use parents to help run the regional, which will allow them to see their children bowl.