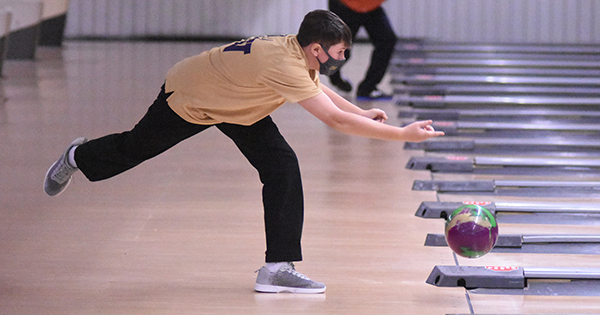 NILES — As bowling teams are wrapping up their regular seasons, the Michigan High School Athletic Association announced changes to the format for the regionals and finals, which begin March 19.

Instead of bowling separate competitions to decide the finals qualifiers, all regional participants will bowl four games on their designated day with their scores determining the qualifiers for the state finals.

There will also be no Baker games at the regionals. Instead, 20 regular games will be bowled, four each by five bowlers or subs. A bowler must roll four games in order to qualify for the finals.

Two teams and 10 individual singles will advance to the state finals March 26-27.

The MHSAA is using the new format in order for bowling centers to be able to space out participants over twice as many lanes. There will also be a limited number of spectators allowed, which will be based on the current Michigan Department of Health and Human Services guidelines.

Niles Coach Jim Jaynes and Brandywine Coach Pepper Miller are happy there will be a state tournament, but not particularly thrilled with the new format.

“First and foremost, I am all for the athletes to compete,” Jaynes said. “During these trying times, the athletes need to have some sort of normalcy.”

As far as his thoughts on the format, Jaynes said, “I am sure many people in charge tried to maintain some kind of integrity within the changes during this ever-changing year. Right away, no Baker competition and regionals, then reverting to a Baker-rich format at the state finals seems odd. Bringing complete teams in, then spreading them out and sharing lanes with other teams seems like more risk than reward as each team has kind of been isolated together until now.”

Miller was happy the state put something together for the student athletes.

“Out of all the winter sports, bowling is the safest as far as not having physical contact with the opposing team,” she said. “I feel they could make it safer by keeping the teams together instead of spreading them out. I really do not like the format, but if this is the only way we get to move forward to finish the season, then I guess we will take it.”

The Niles boys bowling team wrapped up its regular season at Joey Armadillo’s against Burr Oak on Monday.

The Vikings defeated Burr Oak 27-3 to post an 8-2 overall record and a 6-2 mark, which was good enough for first place in the Southwest Activities Conference’s South Division.

Andrew Jackson turned in the top series with a 297. Nathan Ryman had the top game as he rolled a 243.

Brandywine results are currently unavailable. Check out Saturday’s print edition, as well as leaderpub.com for those scores.

DOWAGIAC — The Dowagiac Police Department is searching for a Dowagiac man who is facing child pornography charges, according to... read more