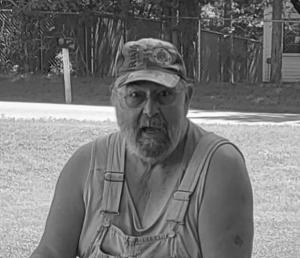 A celebration of life visitation will be held from 5 to 7 p.m. March 3, 2021, at Clark Chapel, 405 Center St., Dowagiac. Memorial donations in Fred’s name may be made to the Wild Bird Foundation, wildbirdfoundation.org. Those wishing to share a memory of Fred may do so at clarkch.com.

Fred was born Feb. 24, 1952, in Paw Paw to Frank and Neca (Green) Dale. On Aug. 6, 1983, he married Phoebe Whitworth in Decatur. Fred worked in manufacturing for 33 years, retiring as a Diecast Supervisor. Fred spent his free time racing RC cars. An outdoorsman, he enjoyed hunting, fishing and birding. He was also known to, in his own words, “poke the bear” an antagonist and jokester. After retirement he worked at Road Hawk Truck Stop with his daughter.