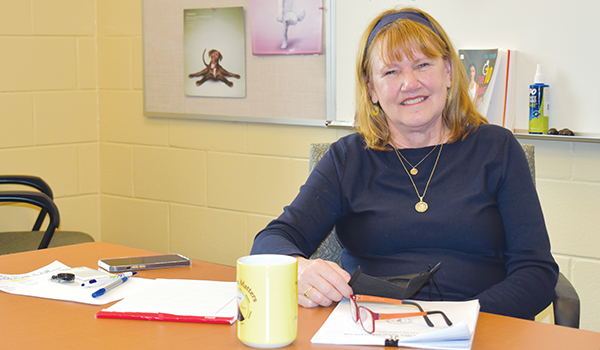 CASSOPOLIS — Cass County is preparing to implement criminal justice reforms passed down by the state legislature.

On Jan. 4, Michigan Gov. Gretchen Whitmer signed a 20-page bill package aiming to reshape penalties for low-level infractions such as driving and traffic offenses. The criminal justice reform package was a bipartisan effort on behalf of the state legislature based on recommendations from the Michigan Joint Taskforce on Jail and Pretrial Incarceration.

The bills go into effect on April 1.

Though county governments, law enforcement agencies and courts were aware the bills were passed, Cass County did not receive a legislative analysis of the bills until last week, according to Chief Judge Susan Dobrich. Now, the county has a race against the clock to train law enforcement, lawyers and court personnel on the changes before they go into effect on April 1.

According to the Michigan Joint Taskforce on Jail and Pretrial Incarceration, the goal of the bills is to shift people away from jail unless they are a danger to the public. To help accomplish this, most misdemeanor charges will result in an appearance ticket rather than arrest.

“There are still some cases that will result in arrest, such as domestic violence, PPO or if someone is disturbing the peace and refuses to give their name,” Dobrich said. “For most cases, an appearance ticket will mean [suspects] will be given a date to appear in court. If an officer arrests without an appearance ticket, they have to show cause for why they did it that way instead of a ticket.”

Previously, appearance tickets could only be issued for 90-day misdemeanors, but most misdemeanors were for 93 days, Dobrich said.

According to the taskforce, the enforcement of these minor offenses through arrest was a drain on public safety resources and affecting hundreds of thousands of Michigan residents each year without making the community safer.

“[The new bills] fit with the presumption of innocence,” Dobrich said. “The idea behind it is that we are locking up too many minor offenses. … The idea is to try to get voluntary cooperation for these types of offenses, and most people will.”

In addition to changing how appearance tickets are issued, the bills also make changes to how court summons and bench warrants are handled, in addition to reforms on how certain probation cases are handled.

Ultimately, Dobrich believes the reforms will be positive both for those moving through the courts and the community at large.

“Once we get past the change, I believe this will benefit Cass County,” she said. “This is a bipartisan effort, and I think [the state] worked very hard to develop better practices.”

Even so, she said the county has its work cut out to complete training and implement changes by April 1.

“I think we are prepared, but I think it is going to be hard for everybody,” she said. “I was a prosecutor in the ‘80s, and how we do it now is the same way we did it then. You are going to have a lot of training that needs to be done. We already having training dates set, so we are getting everything in place.”