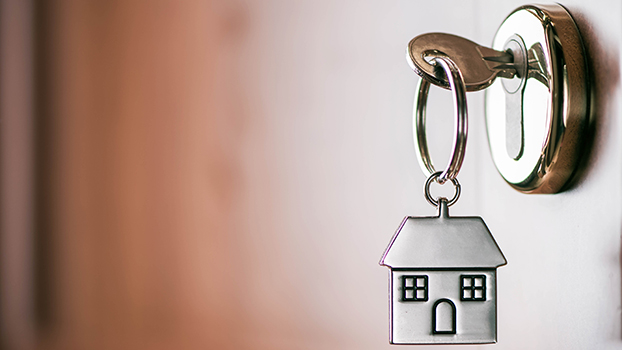 After listening to concerned citizens during the public hearing scheduled before its monthly meeting Wednesday, the commission voted unanimously to table an ordinance proposal regarding short-term rentals to allow further research into the issue.

“I think we need to continue on with our discussions,” said planning commission chairman Terry Harris. “This is too important for us to have a major vote on this and pass it or not pass it.”

The decision to table an ordinance vote was made following a public hearing scheduled before the beginning of the regular meeting. More than 90 people attended the public hearing conference to voice their concerns to the commissioners.

“I think we have a lot of work to do,” said trustee Mick Braman. “This is something I know that we need to come up with some sort of conclusion, but I think we got to put some hours into this for a few weeks, maybe even a summer.”

The ordinance was proposed in August by Township Building and Zoning Administrator Todd Herter as a means to regulate property owners who rent out their homes through services such as Airbnb. Without an ordinance, short-term rentals are not technically permitted within township limits, as the area is zoned as a single-family zoning district.

According to township attorney Robert Thall, who helped develop the draft, the definition of a short-term rental in the township’s proposed ordinance is “at least three nights but not more than 27 days in a calendar year for the rental of a single-family dwelling for compensation.”

“We feel that this ordinance is an overreach of local government that infringes upon private property rights in an attempt to correct the bad behavior of a few individuals,” Carone said. “We see this proposal as an overreaction to a noise issue that frankly is not limited to short-term rentals.”

Carone went on to cite issues with the ordinance proposal, including what she deemed as arbitrary occupancy limits, exorbitant fines for noncompliance with costly insurance requirements and the imposition of a limit on rental days to 27 per calendar year.

“We’re being told that there’s a legal reason for the 27-day limit but we’ve been unable to corroborate that explanation,” she said.

According to Carone, several people who own property on the lakes and depend on income from renting to offset costs would be impacted by the passing of the proposal.

According to a report prepared by the Michigan Tourism office, visitor spending in Cass County totaled more than 88 million dollars in 2019.

“For generations, the Sister Lakes area has been a destination for family vacations,” she said. “This beautiful region is part of many families’ histories and most people who purchase homes or businesses here do so because they enjoyed vacationing here. My husband and I took a vacation to this area and loved it so much we bought a home here. We decided to rent it out a few weeks each summer to help offset the utilities and significant non-resident real estate taxes. We take joy and sharing our home and helping people create lifetime memories.

“I know most other short-term rental owners feel the same way. How many families are going to be forced to give up their forever home and Sister Lakes because they can no longer subsidize some of the costs with rental income? We would like to know if the planning commission has considered the economic consequences of this ordinance?”

Jude Murray with Cressy & Everett Real Estate weighed in on the proposed ordinance.

“I can tell you that local realtors are definitely not in favor of this ordinance,” she said. “We do report that we are not aware of any problems having been raised by existing short-term rentals in Silver Creek Township. It is my thought that if there are specific problems, what are those problems and how can they be addressed directly? I don’t believe that this ordinance is helpful to homeowners or helpful to the economy in any way and basically it’s an infringement of private property rights and should be tabled.”
While the majority of the public comments were against the ordinance, there were voices of support present.

“At the time of our purchase, the concept of Airbnbs wasn’t as significant as it is now,” said Silver Creek property owner Brian Gosian. “The short-term rentals didn’t exist. I didn’t have any intention of renting it out, and I would tell you that we would not have bought the property if we had known that all of the property owners were unlimited in terms of how long they could rent out their house, so I’m speaking in favor of the ordinance. I think it’s a reasonable restriction. We didn’t purchase the timeshare, we didn’t purchase a rental, we purchased a home.

“This ordinance is a bar to rentals,” he continued. “It’s not a bar to having people come up and visit and explore the area. If you don’t do this now, you’re gonna find out that in five years, two years somewhere down the road, you’re gonna have to correct it because there’s gonna be a problem. It shows a great degree of foresight to pass this now so that you don’t have bigger problems later.”

Following the conclusion of the public hearing, commissioners thanked the speakers for their input as well as their passion for the community.

“I would just applaud people’s efforts, both for and against,” said commission member Nick Barnes. “A nice thing about having a public hearing like this is you do get to hear both sides and that’s a good thing. I don’t think that the notion that we’re trying to force anything through in the off-season or anything like that is accurate. The input that both sides gave tonight and definitely gave me some things to consider as we move forward.”

The next commission meeting will be held on March 24. Discussions are expected to continue over the coming weeks and possibly even months, with several citizens and members of the committee in favor of creating a citizens committee as a bridge between the township board and the community.

“Having this draft is important,” Harris said. “Now we have a starting point and we can add or subtract from it as we go. I think we as a planning commission need to set a goal, whether it’s by spring or the end of the summer. I think we’re making good progress.”

DOWAGIAC — One Cass County organization will soon be opening its doors. The Cass County Council on Aging announced it... read more