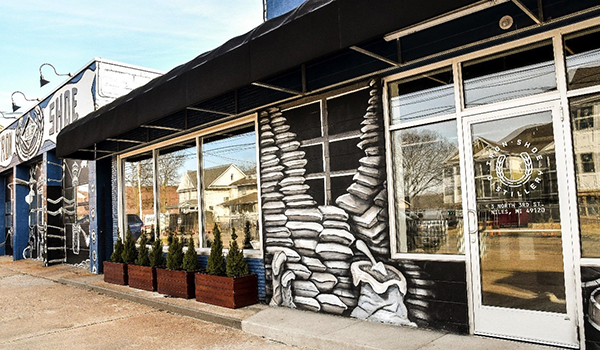 NILES – A new Dollar General store is in the plans for the west side of Niles, Iron Shoe Distillery will be expanding its dining area vertically, and the city’s first adult-use marijuana micro-business is in its beginning stages.

These are just a few of the topics the Niles Planning Commission discussed when it met Wednesday evening. The commission also approved plans and scheduled public hearings for special land use requests by multiple marijuana businesses.

“Essentially, after this week, all 750 locations of family business have gone out of business with the end of the era,” said Jason Yuhasz, director of operations for Michigan with Highland Ventures. “We are excited to have Dollar General take interest in this, to do a quick turnaround so we don’t end up with a vacant building. We’re excited to move this right along.”

Rod Correa, chairman of the planning commission board, expressed his concern about the offerings a Dollar General could bring to the area. He was especially concerned about offering healthier options.

“I’m an advocate for economic development, but I want to put attention to the health needs of our community,” Correa said.

Eric Touhey, a representative from Highland Ventures, said they could not speak for Dollar General itself, but he said he was of the understanding the Dollar General would bring in coolers to supply dairy products and refrigerated items.

Some final plans had not been seen by the fire marshal, but other changes had already been made to the property that were previously requested. The plan for the Dollar General was approved, with contingencies that the fire marshal approves final plans.

Howard Tuthill, owner of Iron Shoe Distillery, at 3 N. Third St. in Niles, was on the meeting to discuss the next phase for the distillery. Evan Leduc, from the Abonmarche firm, spoke about an expansion, which was approved by the commission.

“Howard came to us with the concept of increasing his storage and office capabilities, as well as increasing the size of his enclosed dining,” Leduc said.

The plan for Iron Shoe Distillery includes adding office and storage space to the building, as well as growing vertically to add covered upper deck dining to accommodate 49 more people. There will be a stairwell added, with the Iron Shoe Distillery logo to be displayed on the outer door. Parking will move to mainly on-street parking for the restaurant.

Matt Rosinkoo and Michael Felder, partners with Regional Roots, LLC, were in attendance on Wednesday evening to speak about their adult-use marijuana microbusiness. The business will be the first of its kind in the Niles area.

“This is the IPA of cannabis,” said Niles Community Development Director Sanya Vitale. “They have an exclusive cannabis bud. They are planning to have 150 plants to grow, process and sell out of their site.”

Regional Roots, LLC is planning to co-locate with the On Sight Armory, at 919 Michigan St.

“We’re excited about everything the location offers, including the building itself,” Felder said. “We couldn’t have asked for a more ideal set up.”

Felder said Rosinkoo has been a plant caregiver for a few years, and they are both excited to bring their product to market.

Another marijuana business, Delta Farms, has its lease drawn up for a suite at the Simplicity Complex. Owners Tom and Austin Lowe, a father and son duo, are planning to begin with a 500 plant grow operation, and later expand to 1,500 plants.

“Hopefully, we can start the buildout in the next 90 days,” Tom Lowe said. “We anticipate nine months after that to have our fist harvest.”

Five special land use hearings for the marijuana businesses were scheduled for 5:30 p.m., March 16, with the Niles Planning Commission.

Arwen, LLC, Delta Farms and Regional Roots, LLC, will have public hearings at that time. HDS Investments, 1312 Lake St. in Niles, and Prime, or Weinberg Family Enterprises, at 1286 S. 11th St., have both had their public hearings rescheduled to March 16 as well.

NILES – The creators of the inaugural Niles Restaurant Week are looking forward to 18 Niles restaurants showcasing menus and... read more