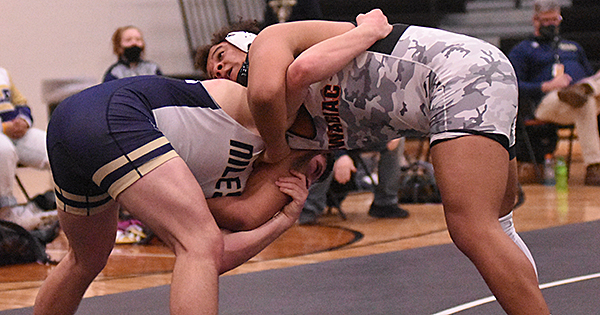 THREE RIVERS — Visiting Dowagiac rolled to a trio of wins at the Wolverine Conference wrestling quad hosted by Three Rivers on Tuesday.

The Chieftains defeated Allegan 57-24 and the Wildcats 47-27. Dowagiac routed Athens 72-9 in a non-conference match.

The sweep improved the Chieftains’ overall record to 6-2. Dowagiac is now 2-1 in conference duals.

Dowagiac will return to the mat on Saturday when it heads to St. Joseph for a quad.

The COVID-19 pandemic has disrupted everyday life for almost a year at this point. There is hardly anyone who would... read more