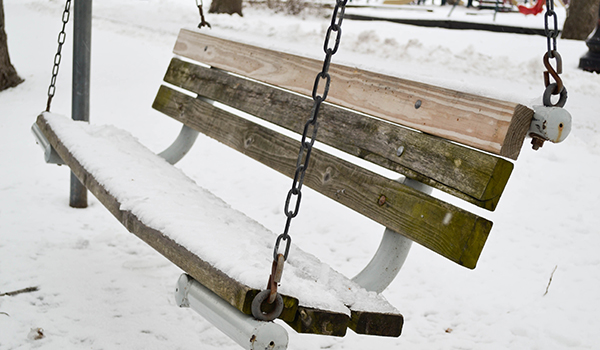 DOWAGIAC — The winter storm that rolled into Michigan Monday night forced school districts across southwest Michigan to decide whether or not to host Tuesday classes.

While students and staff in area school districts were issued snow days, Dowagiac Union Schools made the decision to hold a distance learning day.

In light of forecasts predicting a significant snow storm for the area Monday night, students were instructed Monday afternoon to bring home their district-issued Chromebooks — part of the district’s one-to-one technology program, which provides every student in the district with a Chromebook computer — and learning materials in case the weather were to be severe enough. Later that evening, the district announced that Tuesday would be a distance learning day.

“We knew this storm was coming,” said Superintendent Jonathan Whan. “We communicated with both staff and students. We were able to make the announcement Monday night. The earlier, the better for staff and students to be prepared.”

This school year, the district has hosted two winter weather-related distance learning days and one snow day. According to Whan, the idea of hosting virtual days when unable to hold classes in schools is based on maximizing as much instructional time this year as possible.

“We have had quite a bit of distance learning this year,” Whan said. “With all of our students having Chromebooks, it seemed logical for us to utilize distance learning days as long as our staff, students and parents are prepared.”

While the decision to have a distance learning day was understandable to some, there were community members who were disappointed in the district’s decision to forgo a traditional snow day.

Ruminer believes the past year has been very taxing on children and their families, and that students should be able experience some normalcy via long standing traditions like snow days.

“Every district around us was closed,” Ruminer said. “They have had one snow day this year. These kids deserve snow days because they have been through so much. I understand education is very important but if you overwork them, they will give up on you.”

DUS Board of Education approves purchase of district transportation vehicles

DOWAGIAC — Dowagiac Union Schools made moves to bolster its transportation capabilities during Monday’s Board of Education meeting at Dowagiac... read more