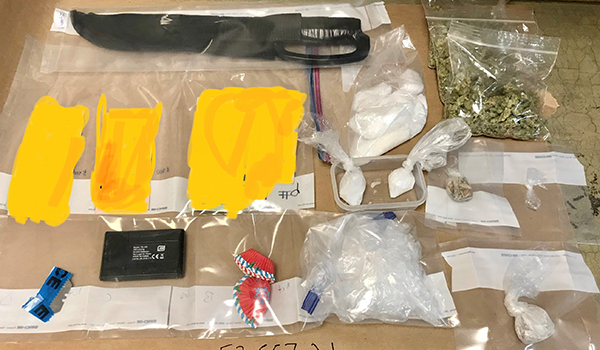 NILES TOWNSHIP — A Cassopolis man was arrested on drug and weapons charges following a traffic stop in Niles Township.

Troopers from the Michigan State Police Niles post stopped a vehicle on M-51 near Bell Road on Friday, Feb. 12 for a stolen license plate in Niles Township. The driver was subsequently questioned and volunteered information about illicit drugs being in the vehicle.

Troopers conducted a probable cause search and located and seized the following:

The driver, identified as Shawn Spurlock, 40, of Cassopolis was arrested for possession with the intent to deliver methamphetamine, heroin, psilocybin mushrooms and the possession of an unlawful weapon.

He was lodged at the Berrien County jail and has since been arraigned.