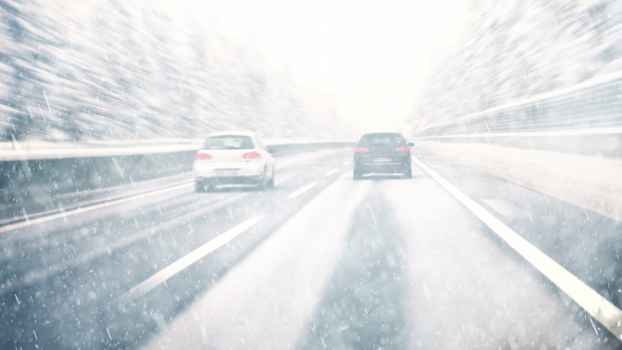 National Weather Service Meteorologist Chris Roller said the snowstorm could move in this evening toward the end of many peoples’ normal commute times, but expected the heaviest snow to be between 7 p.m. and midnight.

“The winds are expected to pick up,” Roller said, as snow arrives. “The strongest winds will be to the south and east, but the area could see 20 to 25 mph gusts at the time. Stronger winds will be felt closer to the lake.”

With the snow blowing, it could lessen visibility quickly and unexpectedly. Residents are also cautioned to watch for blowing and drifting snow.

As of midday, the winter weather advisory from the National Weather Service warned of total snow accumulations of four to eight inches in the region.

Things could change if the storm loses momentum.

“If [the snow storm] slows down, and things begin to pull away, depending on how quickly the plows can get through, potentially the morning commute will be better off,” Roller said.

As the snow system arrives, he said the area can expect light to moderate snow across with “pockets” of energy coming in from the southwest and moving into the northeast.

As of midday Monday, the storm was at the southern borders of Indiana.

This story may be updated as the National Weather Service releases current predictions and warnings.

NILES — With Valentine’s Day and Fat Tuesday coming up, sweet treats are on the minds of bakers around the... read more