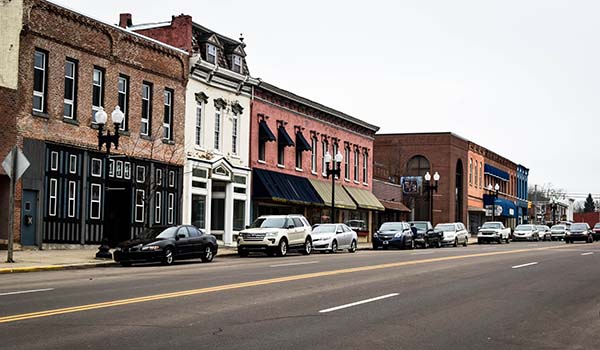 CASSOPOLIS — The Cassopolis Village Council approved selling a pair of houses to the Cassopolis Main Street Committee at its regular meeting Monday night.

According to Cassopolis Village Manager Emilie Sarratore, the village had purchased a pair of homes to be refurbished as part of an overall plan to rid the village of some blight, as well as get some properties back on the tax rolls.

Unfortunately, it was discovered after the purchase that, due to a lack of contractors and the price of materials that would be needed to repair the houses due to COVID-19, that the village would actually lose money in the process.

Instead, the council decided to sell the properties to the Main Street Committee at cost, which is what the law allows, and in turn, it could sell the houses for a profit. That money would then be used for various Main Street projects.

“Main Street believes they have buyers for both,” Sarratore said. “The village looking to further economic development and reduce blight and work on housing. This initiative we are really focused on, and [this is] one of the ways to do it. Once we got into these houses, with where construction is right now, with the price and having a hard time finding contractors, we decided it would be better to pass this on to Main Street.”

In other action, the council approved a Michigan Department of Transportation resolution that would allow the bicycle path, which is part of its Streetscape Project, to begin as soon as the weather allows.

The council approved moving its records to Laserfiche, which would allow the village to operate more efficiently with the “cloud-based” platform, as well as to make sure the records are safely stored for the future.