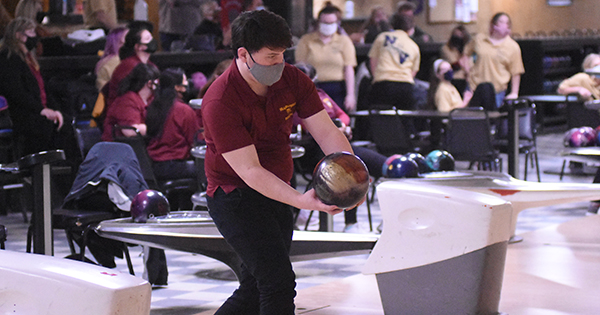 The Brandywine boys bowling team picked up its first win of the season against Saugatuck. (Leader file photo)

NILES — The Brandywine girls and Niles boys bowling teams are in first place in the West Division of the Southwest Activities Conference following Wednesday’s action.

The Brandywine girls improved to 4-1 overall and 3-0 in the SAC after receiving a forfeit from Saugatuck.

Leading the way for the Bobcat girls team was Myranda Adams, who rolled a 362 series, which included a 190 game.

The Brandywine boys team won its first match of the season as it defeated Saugatuck 28-2. Garrett Stoneburner rolled a 351 series for the Bobcats, including a 201 game.

At the other end of the alley, the Niles boys team was led by Fred Tarbox, who rolled a 387 series that included a 215 game.

Niles was not as fortunate, as they were defeated by Bronson 23-7. Chevelle Jaynes led the Vikings with a 364 series, including a game of 200.

The Vikings travel to Gobles on Monday, while Brandywine will host Coloma on Wednesday.