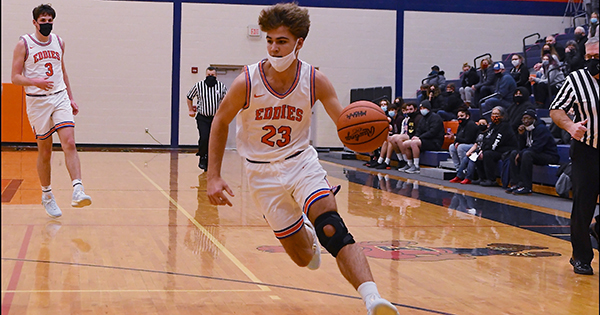 EDWARDSBURG — Visiting Allegan would not keep pace with Edwardsburg in the opening half of its Wolverine Conference game Wednesday night.

Edwardsburg did not show any signs of letting up in the second half as it increased its halftime advantage to 41-23 heading into the final eight minutes of action.

Luke Stowasser scored a game-high 16 points to lead the Eddies, who also got 12 points from Jaylynn Luster and 10 points from Brendan Byce.

Edwardsburg will travel to Otsego on Monday to face the Bulldogs.

ALLEGAN – Visiting Edwardsburg outscored Allegan 33-17 in the second half to pull away to a 56-35 Wolverine Conference girls... read more