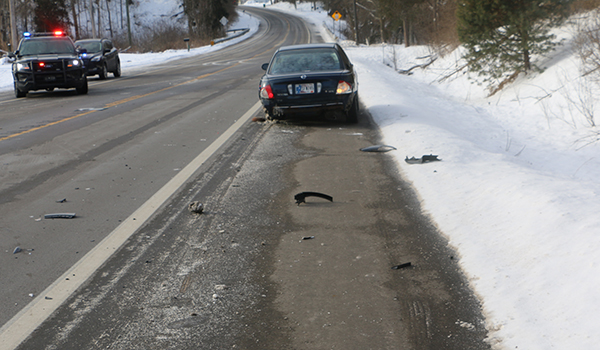 NILES TOWNSHIP — A Dowagiac woman was killed while crossing M-51 in Niles Township, according to the Berrien County Sheriff’s Office.

Around 7:02 a.m. Thursday, emergency first responders were dispatched to a traffic crash on M-51 near Pucker Street in Niles Township. Upon arrival, they located a woman lying on the roadway who had been struck by another vehicle.

The victim, identified as Veronica Gary, 56, of Dowagiac, was transported to Spectrum/Lakeland Hospital in Niles, where she died a short time later from the injuries sustained in the collision.

Investigators were able to determine that Gary was experiencing mechanical issues with her vehicle.  The driver’s side rear tire had come loose while Gary was traveling on M-51 towards Niles. As she was pulling to the side of the road, the tire came off the vehicle and rolled across the roadway coming to rest in a ditch.  After calling for help, Gary then went across the road to recover her tire, and while walking back across the roadway, was struck by a northbound vehicle. She was thrown a short distance, where first responders located her.

The Berrien County Traffic Crash unit responded to the scene and is continuing the investigation into this crash.

The name of the driver of the other vehicle is being withheld at this time during the investigation.

Once the Sheriff’s Office has completed its investigation, a complete report will be submitted to the Berrien County Prosecutors Office for review.

NILES – The Niles Police Department is asking for information on two individuals involved in an indecent exposure and a... read more