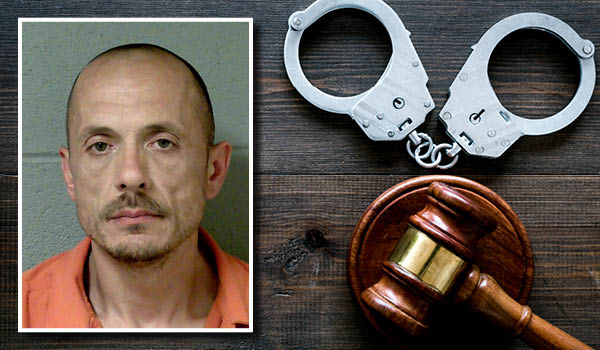 Marcellus man gets probation for meth

CASSOPOLIS — A Marcellus man caught with methamphetamines in Dowagiac last summer was given another chance on probation Friday in Cass County Court. He had previously been on probation on weapons and drug charges in 2017.

Jeremy John Talmage, 44, of Church Street in Marcellus, pleaded guilty to possession of meth as a habitual offender and was sentenced to three years’ probation in the Swift & Sure Program, 39 days in jail with credit for nine days served and $2,628 in fines and costs. He must also complete the Twin County Probation Center program.

The incident occurred June 24, 2020, when police were called to a gas station on Front Street in Dowagiac on reports of a man smashing bottles. A search of Talmage’s backpack at the scene found methamphetamines and needles.

In the 2017 probation case, Talmage’s probation was continued.

Cass County Circuit Judge Mark Herman noted that Talmage had successfully completed the Swift and Sure program in the 2017 case but then absconded from his probation in the fall 2019. A short time later, he nearly died of a drug overdose.

“Even after that, you have had trouble maintaining your sobriety without intensive supervision,” Judge Herman said. “It’s really surprising to the court that probation is recommending Swift & Sure and others are in support. Obviously, they see something in you that you’re not seeing in yourself.”

“It’s not often that they recommend a second go around in programs,” he added. “They’ve made that recommendation in a few cases, and they’ve often been right. We’ve seen unbelievable successes, but not everyone has been successful. I know you’re personally aware of someone who has gone to prison.”

Judge Herman warned Talmage to take advantage of the opportunity and not violate his probation since his guidelines call for prison.

Talmage said he will take the new opportunity seriously and said he wants to understand himself why he relapsed.

“I got a little arrogant about it and I went back to drugs after one little bump in the road,” he said.

“I don’t even know if I deserve a last chance but I will take it seriously,” he added. “I did well on the program and then I stumbled and fell. I want to thank everyone for their support and put this behind me.”

NILES — Usually by mid-February, area high school teams are chasing conference and division championships with an eye on the... read more