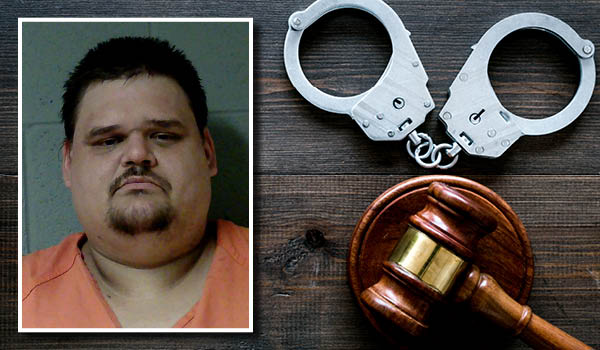 Dowagiac resident given chance to stay out of jail

In a Friday case in Cass County Court, a Dowagiac resident was given the chance to stay out of jail.

Michael Lowell Kaminski, 36, of Mary Street in Dowagiac, pleaded guilty to assault with a dangerous weapon and was sentenced to two years’ probation, 180 days in jail with credit for 16 days served and $2,328 in fines and costs. He can serve his jail term on tether. He was given credit for 16 days served and ordered to pay $300 for aggravated assault.

The incident occurred Nov. 26, 2020, at a home in Dowagiac. He assaulted the victim with his crutch as well as with a gun. His weapon was forfeited.

“She should have your praise, not your wrath,” Judge Herman said of the victim. “This is totally unacceptable and won’t be tolerated.”

Also Friday, Jordyn Michael Thill, 25, of Holt, Michigan, pleaded guilty to possession of methamphetamines and carrying a concealed weapon and was sentenced to two years’ probation, credit for six days served, six months license suspension and $2,336 in fines and costs.

The incident occurred July 20, 2020, when police stopped his car in Mason Township and found drugs, ammunition and a loaded gun.

“A probation violation should easily land you in jail for a year,” Judge Herman said. “It could have a serious impact if you are not serious. You also need to keep in mind that with two felonies on your record, any future crime with a firearm could land you with a mandatory prison term.”