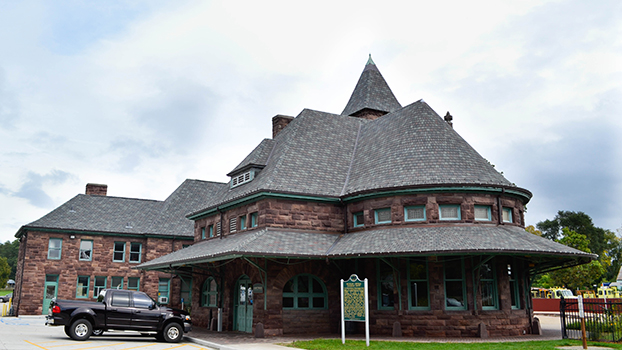 NILES — People inconvenienced or hurt due to the inaccessibility of the Niles Amtrak station can seek compensation from a $2.25 million fund established by Amtrak, the U.S. Department of Justice announced last week.

On Friday, Jan. 29, Amtrak began accepting claims for monetary compensation for people with mobility disabilities who traveled or wanted to travel from or to one of 78 stations nationwide found to have accessibility issues. Of the stations listed, the Niles Amtrak station, 598 Dey St., Niles, is the only station in Michigan on the list.

In December 2020, the Department of Justice and Amtrak entered into an agreement to resolve the department’s findings of disability discrimination in violation of the Americans with Disabilities Act. The agreement stipulates that Amtrak will fix its 78 inaccessible stations and pay $2.25 million to victims hurt by inaccessibility at those stations.

“Today’s agreement is a historic victory for individuals with disabilities, Amtrak, the rule of law, and the promise of equal opportunity for all Americans,” Dreiband continued. “We welcome Amtrak’s commitment today to bring its system into compliance with the law so that all individuals have an equal opportunity to barrier-free rail transportation.”

According to the DOJ’s news release, Amtrak has committed to make its intercity rail stations accessible, prioritizing stations with the most significant barriers to access. Over the next 10 years, Amtrak will design at least 135 stations to be accessible, complete construction at 90 of those stations, and have at least 45 more under construction.  Amtrak will also train staff on ADA requirements and implement an agreed-upon process for accepting and handling ADA complaints.

According to an Amtrak statement, the company invested a record $109 million on ADA-related design and construction improvement projects at more than 159 locations nationwide.

“The settlement reached by DOJ and Amtrak not only resolves the lawsuit …, but more importantly it builds upon and protects important aspects of Amtrak’s long-standing ADA compliance efforts — not just architectural compliance at stations, but also training for employees, effective oversight by the Federal Railroad Administration and Amtrak executives, and compensation for certain passengers who may have been harmed by noncompliance at certain stations,” the company said.

Kenneth Shiotani, senior staff attorney for the National Disability Rights Network, was pleased with the settlement. The NDRN has an office in every state and its 2013 report on Amtrak was a key factor leading to the DOJ’s investigation.

“We’re pretty happy,” Shiotani said. “Our Michigan partners did a lot of legwork when we did our national report. This was a big project for everyone involved. It took a long time for the DOJ to finish the investigation. I’m glad that there is funding for those who need it and AMTRAK is committed to finishing the job. You would always like to get more funding but this is a reasonable compromise.”

Built in 1892 and renovated in 2003, the Niles Amtrak station has served the community for 129 years and is registered as a Michigan Historical Marker.

According to Shiotani, the amount of funding people will get depends on how many people apply overall but that people living near the Niles station get a larger settlement than those who do not. He also noted that people with technology barriers may not have access to the information.

“Not everyone has internet access,” he said. “Communities like the Amish and Menonites don’t have access. When you want to get the word out, you use social media. But when people don’t use the internet, having the information in newspaper form is really helpful.”

According to a DOJ news release, to be eligible for monetary compensation, an individual must:

Claims can be submitted in one of three ways: by submitting a claim online at amtrakdisabilitysettlement.com/Home/portalid/0, by sending an email with your name, address, and telephone number to info@AmtrakDisabilitySettlement.com, by calling the Fund Administrator at (888) 334-6165 or TTY: (866) 411-6976.

CASS COUNTY — The Cass County Resource Group has recommended that those in need of a place of place to... read more