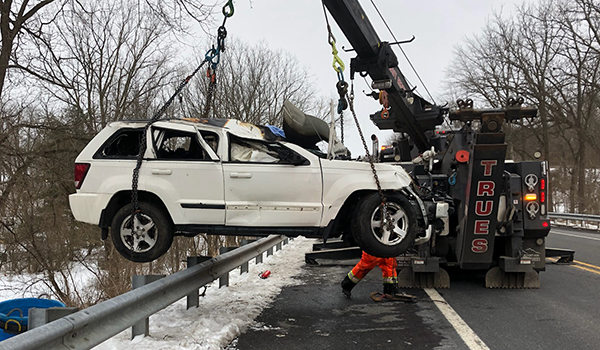 PORTER TOWNSHIP — An Indiana man was killed in a Cass County crash Thursday, according to the Cass County Sheriff’s Office.

The crash occurred on US-12, west of Birch Road in Porter Township.

The vehicle involved in the crash, driven by Douglas Vankirk, 63, of Mishawaka, appeared to be traveling east on US-12, deputies reported. Vankirk lost control and ran off the road striking several trees. When the vehicle came to a stop, it caught on fire.

First responders attempted to pull Vankirk from the vehicle, but he was entrapped. Vankirk succumbed to his injuries at the scene.

During the crash, airbags deployed, and it is unknown if a seatbelt was worn at this time, according to the sheriff’s office.

This crash remains under investigation at this time.
Assisting agencies include Porter Township Fire and Ambulance and the Michigan Department of Transportation.

SOUTHWEST MICHIGAN — As of Thursday, Berrien County reported 10,209 COVID-19 cases and 207 deaths, according to the Michigan Department... read more