EAST LANSING — Kathy Vruggink Westdorp, an assistant director for the Michigan High School Athletic Association, is one of eight high school association leaders who has been selected to receive a Citation from the National Federation of State High School Associations (NFHS) during this summer’s annual meeting. 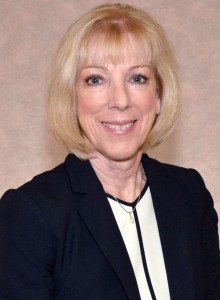 The Citation is one of the NFHS’ highest honors and recognizes recipients for their contributions to the NFHS, state high school associations, athletic director and coaching professions, the officiating avocation and fine arts/performing arts programs.

In addition to serving in most of those roles over more than 20 years in Grand Rapids-area schools, Westdorp has been a national leader in a number of efforts since joining the MHSAA staff during the 2003-04 school year.

She directs the MHSAA Coaches Advancement Program (CAP) and was named NFHS Coach Educator of the Year in 2015 for her leadership of the eight-level educational program that has seen nearly 16,000 coaches complete at least the first-level unit and nearly 2,300 advance through at least the program’s fourth level.

“Kathy Westdorp is an incredibly hard worker, and that’s obvious in her dedication to her sports and especially coaches education,” MHSAA Executive Director Mark Uyl said. “She’s tireless in her support for students and coaches in Michigan.”

Prior to joining the MHSAA staff, Westdorp served as a teacher, coach, athletic director, game official and school administrator. She came to the MHSAA after serving most recently as principal at Grand Rapids Forest Hills Central High School.

She also previously served as athletic director at Grand Rapids Creston and as director of health and wellness programs for Grand Rapids Public Schools, taught at Grand Rapids Central and has coached basketball, field hockey, gymnastics, track & field and volleyball. Westdorp also is a past president of the Ottawa-Kent Conference.

SOUTHWEST MICHIGAN — As of Wednesday, Berrien County reported 10,183 COVID-19 cases and 206 deaths, according to the Michigan Department... read more