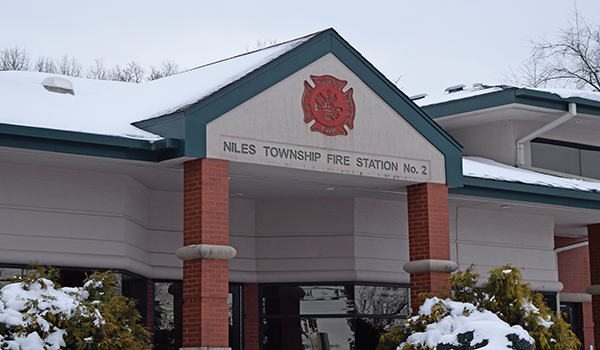 “Taxes are due no later than Feb. 16 without penalty, and our offices are closed,” said township Treasurer Jim Ringler.

He expressed concern about residents paying taxes with cash not wanting to use the drop box behind the building.

“I think we need to open during tax time, with caution,” said Trustee Herschel Hoese.

The township building, located at 320 Bell Road, Niles, is equipped with clear plastic partitions at the counters and has 6-foot distances marked in the hallway where people could be waiting.

There was some discussion of the staff not wanting to reopen to the public.

“I appreciate the staff not wanting to get exposed, none of us do,” said Clerk Terry Eull. “In the end, a lot of people pay cash. We need to facilitate them in a way.”

The board members voted to reopen on Wednesday to the public, with social distancing and COVID-19 precautions in place, and agreed to review continuing to be open at the Feb. 16 meeting.

Ringler also brought to the board an update on the process of hiring a new fire chief for the Niles Charter Township Fire Department. He said in November the township board met with the fire department’s union, where the union asked the township to appoint an interim chief. The firefighters had been rotating each month with a different firefighter taking on the role as acting chief. Lt. Tim Jesswein was appointed interim chief of the fire department.
“I contacted the township attorney, and he said when you hire an interim chief, he is actually the chief,” Ringler said. “’Acting chief’ is covered in the union bargaining agreement, but any other chief is a chief that represents Niles township.”

There was a memorandum of understanding letter sent to the township board from the firefighter’s union, where the township’s attorney reviewed it and sent back notes and edits.

“As of today, we don’t have a memo of understanding,” Ringler said.

He explained later the memorandum of understanding was to protect an interim chief’s ability to go back to the union if he was not selected as the permanent fire chief for the position.

Ringler said the township needed to proceed with the hiring process for the department’s fire chief position.

“We can’t wait any longer. [The position] never got posted,” said Trustee Richard Cooper. “[The position] never did get posted anywhere. We haven’t gotten much further down the road from where we have been the last several months.”
Cooper produced a letter from firefighters within the department supporting Jesswein for the chief position, but many trustee members were concerned the letter was unsigned.

The township trustees agreed the job opening needed to be posted internally at township hall and the north and south township fire department stations, with applications due to the clerk by Feb. 8.

Eull said it was in the township’s personnel manual that the position needed to be posted.

Firefighter with the department Josh Sherrick said at the end of the meeting he had offered to have the letter signed by everyone on his day off.

“[The letter] was a union effort, as we support Tim [Jesswein] because he is a good fit,” Sherrick said. “He is making a good leader for us right now. You guys can proceed as you wish, we are just trying to make it easier for you. We thought it was going to be posted a couple of weeks ago.”

The board voted to move Jesswein back to an acting chief position, to give him union protections until a fire chief was formally hired.

The fire chief position has been officially vacant at the Niles Charter Township Fire Department since Aug. 1.

SOUTHWEST MICHIGAN — As of Monday, Berrien County reported 10,112 COVID-19 cases and 206 deaths, according to the Michigan Department... read more