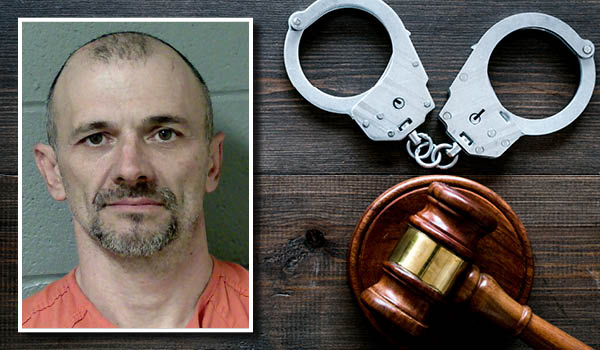 A Jones man was sentenced in Cass County Court Friday who was in possession of a stolen vehicle and methamphetamines when he got in an accident that severely injured his young son.

James Thomas Streeter, 48, of Born Street in Jones, pleaded guilty as a habitual offender to possession of meth, possession of stolen property over $1,000 and less than $20,000 and reckless driving causing serious impairment of body function and was sentenced to three years’ probation, credit for five days served, $2,914 in fines and costs and $6,674.26 in restitution.

The incident occurred Feb. 13, 2019, on Brownsville Street in Vandalia. Streeter lost control of the truck he was driving, slid off the road and hit a tree. His young son was severely injured and is still receiving treatment. The truck ended up being discovered to be stolen.

Judge Herman told Streeter to take advantage of the opportunity given him and take care of his family.

“You have the opportunity today to avoid prison,” he said. “If you steal property again or use drugs, I will look at the high end of the guidelines. The keys to the prison are in your pocket. Don’t make the mistake of handing them back to me.”

• Shannon Dale Bradberry, 32, of Mishawaka, pleaded guilty to possession of analogues and was sentenced to two years’ probation, credit for two days jail served and $2,268. She can keep the conviction off her record if she is successful on probation. The incident occurred Dec. 4, 2016, at the Four Winds Casino parking lot in Dowagiac.

• Michael Lee Florence, 59, of Silverbrook Avenue in Niles, pleaded guilty to possession of meth and was sentenced to two years’ probation, credit for five days served and $2,268. The incident occurred Oct. 14, 2020, in Edwardsburg.

• Nicolas Michael Jimenez, 28, of Harris Street in Edwardsburg, pleaded guilty to conspiracy to receive and conceal a motor vehicle, and conspiracy to conceal and receive stolen property under $200 and was sentenced to three years’ probation in the adult treatment court, successful completion of the Twin County Probation Center program, credit for 152 days served and $2,628 in fines and costs. The incident occurred July 9, 2020, when he was stopped in Edwardsburg after stealing a motor vehicle from a gas station in Indiana.