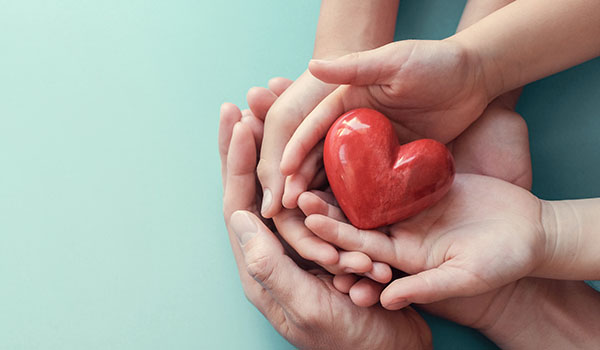 SOUTHWEST MICHIGAN — The ongoing COVID-19 pandemic has impacted fundraising efforts across the country, and southwest Michigan is no exception.

Nonprofit organizations that serve Cass County reported that despite 2020’s hardships, their communities were generous in their giving.

Karen Benedix is the president of ACTION Ministries, 301 Main St., Dowagiac. The organization is a collaboration of six area churches that administers to individuals and families in the Dowagiac area aiming to promote a healthy, caring and just community for all people by providing the basic need of food.

Benedix has been amazed at the response the organization has received from the community. According to her, donations have more than doubled during the pandemic.

“It was a total surprise,” Benedix said. “It reinforces how much the community realizes that there are so many hungry people out there. Everyone knows Cass County has a high poverty population. Those of us who have are willing to give in order to feed those in need. A lot of people have lost jobs and schools have been closed, which cuts down on kids getting free lunches if they live too far away. The community has been very generous, so we’ve been able to increase what we’re able to give back.”

Among the organization’s biggest fundraising efforts last year was its annual collaboration with C. Wimberley’s Feed the Hungry campaign. Campaign organizers recently announced it has raised $43,729 in cash and food items in 2020, more than doubling the goal of $20,000 set by organizers. The amount raised exceeds last year’s total of $30,000.

Each year, the Feed the Hungry program works to raise $20,000 worth of donations to provide food items to area food pantries. The funds will be used by ACTION Ministries to bring more than 20 mobile food pantries to the area, each with 5,000 to 7,500 pounds of food to be distributed in Cass County.

For every $1 Feed the Hungry raises, ACTION ministries can purchase $6 worth of food.

“We’re so grateful,” Benedix said. “It is nice to know the community is willing to step up and help those less fortunate. The community realizes this is a need. We’ve had some people give portions of their stimulus checks with the quote ‘Your clients need it more than we do.’ It’s amazing.”

While some organizations have seen a surge in donations, others have not. Domestic and Sexual Abuse Services — an organization that serves Cass, St. Joseph and Van Buren counties with the objective of leading efforts to end domestic violence and sexual assault in southwest Michigan — saw a decrease in donations last year, according to ExecutiveDirector Krista DeBoer.

Based in Three Rivers, DASAS offers a number of services to domestic and sexual abuse survivors including a 24-hour crisis hotline, counseling, support groups, legal advocacy and access to housing and financial assistance, in addition to many other services.

The organization was unable to host fundraising events like its Survivor Stomp or Walk a Mile in Her Shoes events in-person, which hindered fundraising. DeBoer noted that DASAS fundraising had a strong December, which included a $1,800 gift from the Cass County Sheriff’s Office.

“We had a wonderful December,” DeBoer said. “People were generous and provided donations and gifts. I think the community is very supportive of our agency. Something so special about us as a community is that we pull together during times like this. People have been generous both with donations and time. It speaks to the goodness in humanity.”

DeBoer hopes the organization can host fundraising events in-person this year to better engage the communities it serves.

“We want to continue to provide quality services to our survivors,” DeBoer said. “Hopefully, we will be able to get some sort of normalcy back and meet in-person again. We appreciate all of our supporters for their generosity. It means a lot. Giving back to survivors is our number
one priority.”

SOUTHWEST MICHIGAN — As of Thursday, Berrien County reported 9,985 COVID-19 cases and 204 deaths, according to the Michigan Department... read more