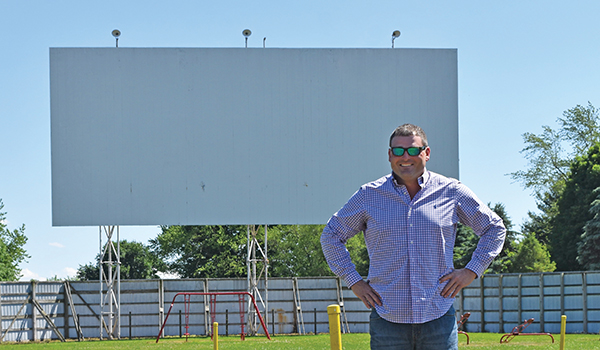 DOWAGIAC — Two of southwest Michigan’s only remaining drive-in theaters are up for sale.

“My parents want freedom,” he said. “They’re getting older and want to live out retirement. Hopefully, someone in the movie business wants to buy. If you aren’t flexible in this business, you won’t be successful.”

The ongoing COVID-19 pandemic impacted movie theaters across the country. Most theaters were closed due to regulations, and theaters that were open did not have a large selection of new films to showcase.

That being said, Edwards said that the 2020 drive-in season for the two theaters was a success. The theaters experienced an increase in traffic in 2020 due to the pandemic, with new revenue coming in from advertisements, and events such as the concert.

“This year has been great for us,” Edwards said. “We’re one of the only places open for folks to go to. Since movie theaters were closed, we were getting paid to do advertisements, which never happened in the past. We have four concerts on the books for this year and special events that also carried over.”

For more than 20 years, the drive-ins have been a family affair for Edwards. With new ownership on the horizon, Edwards hopes the community will continue to support the theaters that mean so much to him.

“My kids, my brother’s kids and my sister’s kids have all grown up around drive-ins,” he said. “There is a lot of satisfaction that comes with operating them. They’re one of the few places where people are happy when they come in. These theaters have been successful over the years because of the locals.”

They allowed us to be much more hands off. We allowed guests to bring their own food and drink, which made things easier for us.”

DOWAGIAC — Dowagiac has not been cleared for takeoff. The Michigan Aerospace Manufacturers Association has selected the location for its... read more