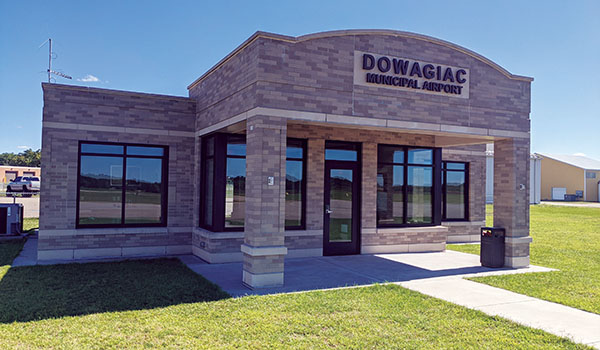 DOWAGIAC — Dowagiac has not been cleared for takeoff.

The Michigan Aerospace Manufacturers Association has selected the location for its new space command center — and it is not Dowagiac, though the city had remained in the running for the majority of the group’s decision process.

In a Thursday press release, MAMA announced the selection of Chippewa County in the state’s Upper Peninsula as the site of its new command and control center.

Chippewa was among four communities across the state — including Dowagiac — considered for the command and control center. Site selection — co-led by spaceport consultants BRPH and Kimley-Horn — was based on many factors, including community support, constructability, existing communication infrastructure and established workforce and aerospace industry.

Chippewa was chosen as the third and final site in the Michigan Launch Initiative, a public-private partnership organized by MAMA that is expected to bring an estimated 40,000 new jobs and solidify the state’s place as a premier commercial aerospace destination. The new command and control center will enable the MLI to interface with the U.S. Department of Defense and other related agencies on highly sensitive and defense-related projects.

Michigan is uniquely positioned to meet the demand for commercial, government and defense space launches. Specifically, Northern Michigan — north of the Earth’s 45th parallel — is perfectly situated for polar orbit launches and it has ideal infrastructure for logistics and technical support.

According to the press release, the command and control center will support both launch sites and provide classified and unclassified capabilities for the DOD and commercial space organizations. It will manage satellite operations once rockets carrying small and mid-sized satellites are launched from the horizontal and vertical launch sites into low Earth orbit, or LEO, which is about 1,200 miles above the Earth. It also will manage research and development for high-speed suborbital flights.

“This large and contiguous site in Chippewa has existing facilities that can easily be converted to support the command and control center’s mission,” said MAMA Executive Director Gavin Brown. “It also has an early radar line of sight tracking for the horizontal and vertical launch sites to support our Michigan Launch Initiative. The Chippewa community’s strong partnerships within the aerospace industry and its established aerospace labor market will allow for immediate support for the center.

“Upon future determination, a military aspect will be key in the MLI, enabling us to interface with the Department of Defense on projects that utilize satellites and other space assets. Michigan’s new launch sites and our evolving space ecosystem will help position our state to be a true leader. We are thrilled to welcome Chippewa to the MLI team.”

The Dowagiac Municipal Airport, which would have likely hosted the command center had Dowagiac been selected, features a 4,700-foot runway and a new 1,080 square-foot terminal, with construction on a six T hangar currently underway.

“This airport is an asset,” said airport manager Oscar Azevedo. “It plays a big part in trying to attract business and tourists into town. There’s a fairly large demand for airspace and aircraft which will generate revenue for the airport.”