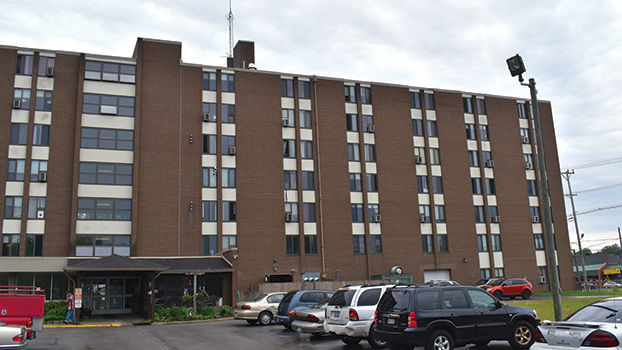 Niles Housing Commission may see reclassification in its future

NILES – Change may be coming to the Niles Housing Commission.

Monday evening following the Niles City Council meeting, the Committee of the Whole hosted a meeting to discuss a potential to reposition the NHC under a Rental Assistance Demonstration, as opposed to under the U.S. Department of Housing and Urban Development.

Sanya Vitale, chair of the NHC Board of Directors, introduced consultant Jerry Anderson from Federal Consulting Group, who gave a presentation about what the potential shift could mean for the NHC. The presentation was given to the city council members because if they decide to move forward with the repositioning, the NHC would be required to be the name holding the properties, as opposed to the city of Niles.

“Under RAD, it allows the public housing commission to leverage public and private debt and equity in order to improve their stock,” Anderson said. “Currently, the Niles Housing Commission is under a declaration of trust. The declaration says ‘thou shalt not borrow money.’”

Anderson said that if the properties needed to make capital improvements, the housing commission would not be able to go into the private sector, to a local bank or borrow money.

“They have to rely on the capital grant that comes out from Congress on an annual basis,” Anderson said. “Under RAD, we could move out from under that declaration of trust. It goes away. We put the housing assistance payment contract in place.”

During the meeting, Vitale reassured residents that the process could take between seven to 12 months if the conversion of classification was made. She also said residents would not need to worry about moving if the RAD were put in place.

“Everybody knows my heart bleeds for these residents,” Vitale, who has been on the NHC board since 2017 said. “These are my neighbors. I am committed to that. I want to make sure that all 179 families are going to remain my neighbors throughout the duration of my career.”

According to the U.S. Census Bureau, an estimated 27.3 percent of Niles city population lives in the poverty level.
“[The need] has been absolutely constant since I started my job with the city,” Vitale said. “We’ve needed an abundance of this type of housing in our community and throughout Berrien County. We have a number of people who live out the duration of their lives in these homes.”

Anderson said the population inhabiting the housing was in “the low and very low” income levels of the area’s population.

“In addition, the Niles Housing Commission is providing housing for a lot of our seniors who are on a fixed income, that don’t have the opportunity have that increase or go find jobs,” Anderson said. “Their fixed incomes limit them to the housing available for them.”

Part of the constraints presented to the Committee of the Whole was the strain of not being able to improve the properties for residents using only HUD money. The allotments were not growing at the same rate the need has.

“This isn’t a situation with the federal government lowering the budget because the need for public housing has decreased, necessarily,” said Alaina Elder Correa, speaking from the NHC. “There is public housing across the country where the infrastructure is failing due to lack of funding. This really does open the door for funding that doesn’t just come from HUD. We can only receive from HUD at this point, and if we have huge repairs and not enough dollars coming in then we are left with infrastructure that is falling apart.”

Vitale confirmed the Niles Housing Commission is facing an elevator repair that may cost over $100,000.
“While we have the cash to do that, we could not get a grant for that,” Vitale said. “It will eat into our budget that we have for doing anything else.”

The Niles Housing Commission will meet at 1 p.m. Wednesday via Zoom to continue discussing the potential shift.

SOUTHWEST MICHIGAN — As of Tuesday, Berrien County reported 9,919 COVID-19 cases and 204 deaths, according to the Michigan Department... read more