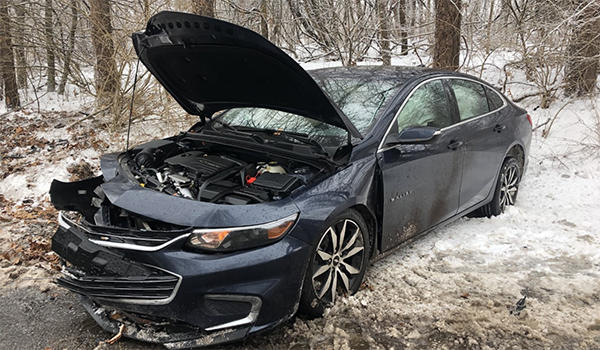 MILTON TOWNSHIP — An Indiana woman was injured in a hit and run accident in Milton Township Tuesday morning, according to the Cass County Sheriff’s Office.

Sheriff Richard Behnke reported that around 11 a.m. Tuesday deputies of the Cass County Sheriff’s Office were called to investigate a personal injury crash at the intersection of Redfield Street and Kestrel Hills Drive in Milton Township.

Investigation shows that Porsha Gordon, 28, of Elkhart, was westbound on Redfield Street when her vehicle was struck by a red Ford Fusion.

Gordon then lost control of her vehicle and struck a tree on the south side of the road. The Ford Fusion continued eastbound on Redfield Street without stopping.

Though deputies reported Gordon sustained injuries in the crash, she refused medical treatment.

Assisting on scene were SMCAS Ambulance and the Niles Township Fire Department.

Seat belts were used, and airbags were deployed. It does not appear that alcohol and/or drugs were a factor, deputies said.

NILES — After several delays and a week’s worth of practice, the Niles and Brandywine boys and girls bowling teams... read more