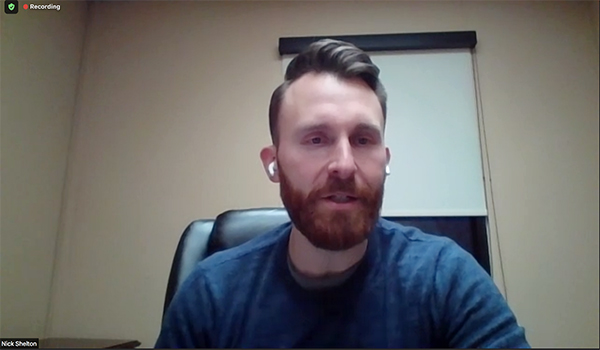 The Niles City Council meeting on Monday evening included approval of a system impact study for solar, battery energy storage potentially at the National Standard site. Other approvals included a new boiler for the Niles Wastewater Treatment Plant and approving a Letter of Credit for wetland mitigation regarding the Pucker Street Dam Project. (Leader photo/CHRISTINA CLARK)

NILES – The Niles City Council meeting Monday evening was business as usual as members approved a Letter of Credit with United Federal Credit Union for wetland mitigation in regards to the Pucker Street Dam project and a System Impact Study for solar and battery energy storage in Niles were also approved without discussion.

Engaging Commonwealth Associates, Inc. to perform the system impact study will cost $24,000. This study is part of a larger concept city staff have been working on with “relevant stakeholders,” exploring a distribution scale solar photovoltaic system on the former National Standard site.

Among actions approved at the meeting was a resolution to continue a $471,200 Letter of Credit with the United Federal Credit Union for the Pucker Street Dam project.

In the report prepared Dunlap, he recommended the Letter of Credit be extended for up to one-year.

“The city’s Environment, Great Lakes and Energy permit for the Pucker Street Dam Removal and Dowagiac River Restoration required a letter of credit to be obtained by the city to offset potential wetlands impact during the project,” Dunlap said. “The city purchased adjoining uplands with the intention of changing spoils placement from impacted wetlands to the uplands, and once approved by the regulators the letter of credit will be released.”

The invested funds will be held by UFCU.

According to the report by Dunlap, the boiler was originally installed in the 1970s, and age became a factor in its ability to be fixed.

“This two million BTU/hour boiler supplies heat to the back and middle portions of the plant, along with the tunnels and all equipment contained therein,” Dunlap said.

The replacement was expedited and temporary heating units were placed on Jan. 19.

MILTON TOWNSHIP — An Indiana woman was injured in a hit and run accident in Milton Township Tuesday morning, according... read more