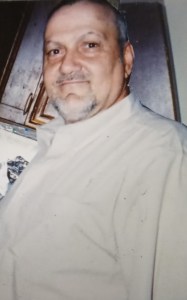 He was a very kind, giving and helping person. If someone needed a place to stay, he would make room. If you were hungry, he always had a pizza ready to go. If you were in need, he would find a way to help. He enjoyed the bargain, a good pizza and spending time with friends and family. He would always find bizarre thrift stores or far out flee markets to hunt. He drove truck and tasted pizzas from all over, but Pizza King in Roseland was a place he enjoyed for more than just the pizza. He enjoyed being with others the most. Conversations about whatever made him happy. Most of all, he enjoyed time with his family. Seeing them grow, change and turn into the people that will miss him the most. Death is not forever. Its only temporary, like life. We are only apart temporarily. In time we will be with each other again. This gift we’ve be granted is only temporary, we must cherish it and each other. So the love we have for each other goes beyond life. Transcending death and time connecting us no matter what. Now love is guiding him to those who have already journeyed.