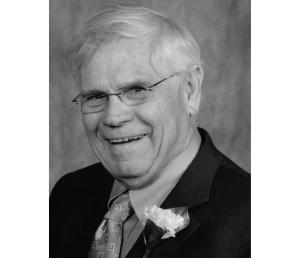 A celebration of life service will be held soon by Zoom, and arrangements are pending. Memorial contributions in Dan’s name may be made to First Unitarian Church in South Bend, Indiana and Council on Aging in Cassopolis, Michigan. Those wishing to leave an online condolence may do so at clarckch.com.

Dan was born Jan. 13, 1938, in Muskegon, Michigan to Thomas and Isabel (Mongeau) French. He grew up on a working farm in Shelby, Michigan, and graduated from Shelby High School in 1956. Dan attended the University of Michigan, then Western Michigan University where he earned his bachelor’s degree in history. In between stints in college, he sailed with the Merchant Marine on the Great Lakes and around the world, including India. He then went on to earn his Juris Doctorate degree from Detroit College of Law with an interest in civil rights. On June 16, 1995, he married the love of his life, Karen Dickson.

Dan was gentleman Lawyer for nearly 40 years in Cassopolis and enjoyed being a member of the community. In 1993, he moved to South Bend, but continued to practice law in Cassopolis until 2004. He and his family moved to Florida where he pursued a lifetime interest in teaching and taught middle school and high school in the Miami area. In 2011, he and his family moved back to the Midwest and he returned to practicing law in Watervliet before retiring in 2019.

He loved to talk, laugh, and tell stories. He loved getting to know people and helping them with their problems. He loved travelling, cooking, and indulging in local cuisine. Like his family, he was an avid reader and loved learning, especially about history, current events and politics. He also enjoyed reading about cars and sailboats. He often shared stories about the Morris Minor, a British car, that he had had earlier in his life. He previously enjoyed spending time on his sailboat. Most of all he loved his family and friends and will be greatly missed. He passed on many of his passions and interests to his children and grandchildren. He was a long-time member of First Unitarian Church in South Bend, Indiana and was involved in the men’s group, endowment committee and book group.