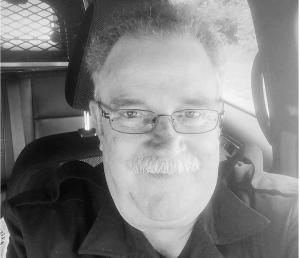 Arrangements have been entrusted to Clark Chapel, 405 Center St., Dowagiac. A Memorial Service will be scheduled at a later date.

Kenneth was born on Aug. 13, 1951, in Detroit. He was a 1969 graduate of Dowagiac High School, and continued his education at the Spartan College of Aeronautics & Technology from 1969-1971. He then became a dispatcher and patrolman for the Dowagiac Police Department from October 1973 through June 1978. In June 1978 through January 1979, he was a co-pilot with Queen Air, King Air and C-206. From February 1979 to July 1997 he was a deputy commander of the Marine Division, jail sergeant, lab and evidence in the Detective Bureau with the Cass County Sheriff’s Office. Then from July 1997 to November 2014, he worked and retired from the Ontwa Township-Edwardsburg Police Department both as the assistant chief and then chief. He worked for the Silver Creek Township Police from September 1997 to the present. Kenneth was also a veteran of the U.S. Air National Guard. On Aug. 31, 2000, in Edwardsburg, he married Sherry Lorena Odom. She preceded him in death. He was a loving husband and father who always put his family first.

Memorial contributions in Kenneth’s name may be made to the MD Anderson Cancer Center, 1301 Palm Ave., Jacksonville, FL 32207. Friends wishing to leave the family a message of condolence may do so at clarkch.com.