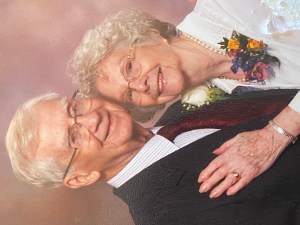 On Nov. 27, 1940, he married Margaret “Peggy” Wagoner. They enjoyed 78 years of marriage. Art was a hard-worker and an avid car enthusiast. He worked for Bendix Corporation in the brake division for most of his career. He was also a proud veteran of the Navy and served his country during World War II. Arthur and his wife, Peggy, were the cornerstone of their family and were lifelong members of Bertrand Bible Church.

Surviving is his daughter, Vicky Visser-Brown, and his son, Arthur Donald Visser; 11 grandchildren, many great and great-great-grandchildren.

He is preceded in death by his parents, Anna and Arthur Visser; his sisters, Marie Samuelson, Dorothy Christner; his daughter, Linda Visser-Jones.

Due to COVID restrictions, no funeral services will be held.

Online condolences may be made at avinkcremation.com.  His family offers a special thank you to Heartland Hospice and to Denise Johnson, who cared for both Art and Peggy for several years, for their tender, loving care.