On the eve of Dec. 23, 2020, surrounded by the snow-covered white pines of northern Michigan, Thomas Havens passed away in peace at his home, with family beside him. 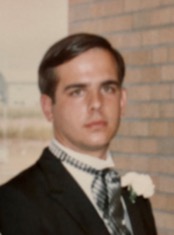 Tom was born in 1945, and spent the earliest of his formative years in Indiana before his family settled in Hastings, Michigan. An athlete and natural leader, Tom was co-captain of both the basketball and football teams of Hastings High School where he also made a play for, and famously won, the heart of his future bride, Arne Hauser, in overtime.

After unofficially declaring his major in Euchre and Hearts in his first year of Michigan State University, Tom was summarily ushered off for more sobering realities with the arrival of a US Army draft letter. He left home to proudly serve for two years, achieving the rank of SP 4 and was assigned to a data relay station in Nha Trang, Vietnam. Flickering in the celluloid frames of the Super 8 reels Tom filmed there, are glimpses into the everyday life of a world so far removed from the idyllic summers and solemn winters of mid-Michigan — dually projecting Tom’s inherent interest in people and reverence for life.

Upon his return to Hastings, Tom and Arne were married, and began their life together, one which would prove rich with the love of family and long held friendships. Tom attended Ferris State College the following year, where he earned his degree in technical illustration, complete with a 4.0 GPA and the distinction of Student of the Year in his discipline. The years that followed were filled with the kaleidoscope of life events that swirl and tumble with vivid overlays of children, burgeoning careers and the movement of time. 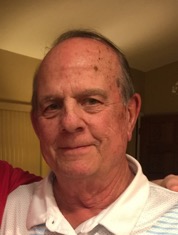 The following decades found Tom to be an accomplished sales representative in school fundraising, a success forged from a genuine desire to help people achieve their goals. It was instead the intangible reward found in the ability to provide well for his family and extend a warm hand to a friend in need that was Tom’s singular and most selfless definition of personal success.

Tom was well known for his easy-going nature, deep loyalty to friends, devotion to family and his fathomless well of patience. The depth of his character could be measured in the lengths he would go to assure that the needs of others were met before he would begin to consider his own. Shouldering the responsibilities of a providing father and husband was an unspoken pride, and traveling untallied miles of Michigan roadways without need for a map to guide him for his work mirrored the inherent true north of his heart.

With a flashing smile, Tom’s charm and humor could disarm the most guarded of those he met, and defuse the most-tense of situations, effortlessly. His quiet one-liners and far more elaborate and artfully crafted practical jokes were demonstrations of love, and served as a gentle reminder of the lighter side of life. Those who were fortunate enough to walk through life with him could sense the warmth of his caring, the reassurance that it could envelop one with, and the safety of his steady gaze.

His love was a constant, a presence that filled lives with comfort, and hope.

With this, followed the realization that there are few insurmountable obstacles in life, no challenge that could not be met — nothing to fear in the darkness cast by the countless uncertainties which present themselves long after childhood.

Their “retirement” found Tom and Arne reinventing themselves as proprietors of a rustic string of vacation cottages nestled at the southern tip of Long Lake in Traverse City, which brought Tom closer to the nature that he had such respect for. He enjoyed golfing, fishing, boating and the haunting call of loons across darkened waters. Above all, he loved spending time with family and friends, often telling stories punctuated with “long story short…” and a knowing smile.

Not one threshold was crossed, at the close of any given visit with friends from Hastings to Traverse City, on westward to Arizona and back again, that a doorway didn’t ring with a “Love ya, Tom!” and frame a quick wave over the shoulder.

Glad you got to see me…

Tom was preceded in death by his parents, Alvy and Betty Havens. He is survived by his beloved wife, Arne; brothers, Dennis (Pat), and Barry (Steph); sons, Tyler (Beth) and Matthew Havens; daughter, Erin (Karen); nieces; nephews; and three grandchildren, Taylor, Thomas and Rocco. We are planning a celebration of Tom’s life in late summer 2021. Please email your contact information to Thavens@glwas.com if you would like to receive updates.