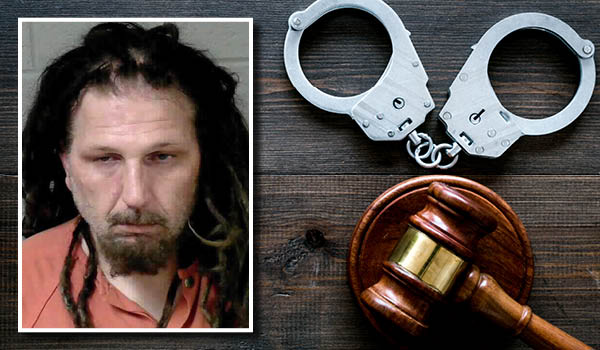 A military veteran who served in Iraq and Afghanistan was sentenced to probation Friday in Cass County’s Mental Health Court.

Jeremy Kyle Cochran, 45, of Section Street in Edwardsburg, pleaded guilty to delivery/manufacture of controlled substances and possession of methamphetamines and was sentenced to three years’ probation in the mental health court, credit for three days served and $2,346 in fines and costs.

The incident occurred Aug. 28, 2019, when police stopped him in Edwardsburg and found meth, meth pipes and other items in the car.

Defense attorney Robert Drake noted Cochran’s military service in both the Army and Air Force. Drake said his research has found that half of combat veterans have had some sort of mental health issues on their return to civilian life. Of those veterans, 63 percent have had substance abuse problems.

“They come back and have  ahost of mental health issues that when left untreated, locks them into alcoholism and substance abuse,” Drake said. “Most veterans hate me talking about it, they don’t want to use their service as an excuse. They’re harder on themselves than any other part of the population I serve.”

“I’ve really been impressed with him,” he added. “I did submit his history to the mental health court and he has been getting counseling. … Somebody we send over to serve deserves every effort on our part.”

CASSOPOLIS — The first meeting of 2021 for the Cass County Board of Commissioners was a productive one. In addition... read more